Only moments ago Calvin Klein, Inc. has made official the Appointment of Fashion Designer Raf Simons as the Chief Creative Officer of the Calvin Klein Brand. Following months of speculations and rumours which quite frankly since the departure of the Designers Francisco Costa & Italo Zucchelli have all pointed in the direction of Simons.

The new appointment is close to home for the American label, with appointed the famed Belgian designer at the helm the aesthetic of the house is in safe hands. Italo Zucchelli who tailored the contemporary crisp lines of Calvin Klein Collection has for years been part of the Jil Sander atelier, nevertheless Raf Simons himself was the creative director of Sander’s house for more than a season.

The arrival of Raf Simons as Chief Creative Officer signifies a momentous new chapter for Calvin Klein, Not since Mr. Klein himself was at the company has it been led by one creative visionary, and I am confident that this decision will drive the Calvin Klein brand and have a significant impact on its future. Raf’s exceptional contributions have shaped and modernized fashion as we see it today and, under his direction, Calvin Klein will further solidify its position as a leading global lifestyle brand.” –  from Steve Shiffman, CEO of Calvin Klein, Inc.

Furthermore the label is to also enlist Pieter Mulier as Creative Director,  who will work directly with Simons. Mr. Mulier will be in charge of executing Mr. Simons’ creative and design vision for men’s and women’s ready to wear and apparel lines and accessories.  Mulier is also to  manage all men’s and women’s design teams within the Calvin Klein brand, under Mr. Simons’ leadership. 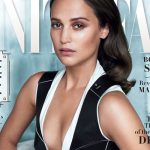 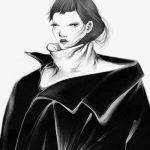