Known as a subtle and versatile actor, DeHaan embodies the Prada man, assuming new personae while adhering to his own character. This latest campaign which combines both men’s and women’s looks, features quintessential Prada suiting, outerwear, shoes and luggage: efficient, elegant, designed and crafted with the globetrotter in mind. Yet here the travel stays close to home. The images place DeHaan in iconic, sometimes unexpected, locations in Prada’s hometown: in front of the Civic Planetarium ‘Ulrico Hoepli’, via Daniele Manin, and the newly inaugurated Fondazione Prada. Inspired by the cinematic backdrop of the city, Willy Vanderperre tells a story of escape: DeHaan seems to be leaving these places behind, but taking with him a hefty suitcase of essentials. Here is the Prada man, setting off on a new course with an entire history at hand. Over the years Prada has relished assuming unlikely roles while always harkening back to a core set of codes. Actors too must mine histories both real and imagined in order to portray an interior life, if only for a moment of performance, while always maintaining an essential self. Perhaps there is a parallel to be drawn here. A true actor’s actor, like Prada’s Prada, can make even playing oneself a complete departure. – from PRADA

The latest set of images accompanies the series by Willy Vanderperre featuring actress Jessica Chastain (released earlier this week). Discover more of the new campaign photographed in Milan after the jump: All Images Courtesy of Prada 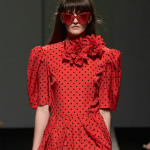 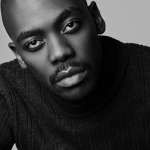