Haters Back Off! premiered this weekend on Nextflix, might the title be a warning you should listen to? Our contributing writer Matti Bygod reviews the new show: Haters Back Off is a cartoonish parody centered around an untalented fame hungry narcissist that dreams of being a famous singer/actor/magician/anything. Using her uncle Jim’s five phase plan to fame Miranda starts her journey to make herself a famous internet sensation at the expense of everyone around her. Colleen Ballinger’s character Miranda Sings is a home schooled untalented terror living with her fame hungry Uncle Jim, her sick for attention mother Bethany and a perfectly normal punching bag of a sister Emily. Miranda with the help of her barely employed Uncle Jim uploads a video of her singing on Youtube and the pair teams up to make her a star.

Miranda Sings is a parody of the desperation people have for fame and the culture around it. Miranda reflects all the ugly parts of our own character but you also somewhat root for her to succeed. Miranda is a cruel character that shows little remorse for the damage she causes to the people around her. This dark tone is sometimes enjoyable but it all too often crosses the line from funny to obnoxious. Ballinger’s character was created for the internet and although it does have some decent laughs it can’t help but feel overacted and familiar. Haters Back Off! feels very similar in style and look to Napoleon Dynamite. The comic beats are similar, the setting is similar and the dated writing sadly also feels similar. Miranda’s mother Bethany played by Angela Kinsey is fantastic. She’s a timid single mother that fakes illnesses for attention. Its twisted and dark but that’s where most of the laughs are had here. Kinsey steals a lot of scenes with simple looks while she absorbs the abuse from her daughter. Steve Little who plays Uncle Jim is also has some stand out moments appeasing the beast. Steve’s commitment to the absurd is what saves this series from flopping. If you’re not a fan of dark comedy you’re likely not going to find a lot of laughs. I happen to love dark comedies and when executed well like the BBC series Nighty Night you have TV magic.

Miranda is a character that is better suited to short sketches similar to a Saturday Night Live sketches but when you stretch it out over 4 hours it doesn’t have much story or character growth to make it memorable. I think there were some genuinely good laughs during the 8 episodes but the emotional moments didn’t really resonate with the dark style of humor. This series either needs to commit more to its darker themes or start to balance out how to feel sympathy for its characters in more meaningful ways.

There’s an audience for this type of show and despite its flaws this series isn’t unwatchable but I’m not sure I’d want to sit through 4 more hours of a second season. 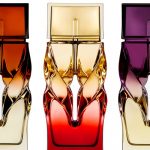 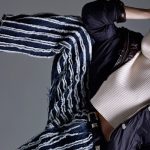