On 21 December, 2016 Fondazione Prada will unveil a new exhibition space dedicated to photography and visual languages – Osservatorio. Located in Galleria Vittorio Emanuele II in Milan, the space will be extending across the fifth and sixth floor, providing an 800-square-meter exhibition space. (image: Antonio Rovaldi, Orizzonte in Italia, 2011-2015)

Osservatorio will be a place where trends and expressions in contemporary photography are explored, investigating the constant evolution of this medium and its connections with other disciplines and creative realms. At a time when photography has become part of the global flow of digital communications, through Osservatorio’s activities Fondazione Prada will question the cultural and social implications of current photographic production and its reception. Fondazione is thus extending the range of tools and approaches through which it interprets and interacts with present times. – from Fondazione Prada 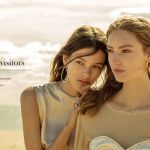 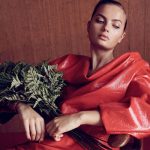