Divorce star Sarah Jessica Parker poses for the cover story of The Edit Magazine‘s latest edition captured by fashion photographer Pamela Hanson. In charge of styling was Tracy Taylor, who for the session selected looks from brands such as Attico, Haider Ackermann, Johanna Ortiz, Burberry, Prada, Miu Miu, Valentino, Stella McCartney, SJP by Sarah Jessica Parker, and Marc Jacobs among other. Beauty is work of hair stylist Serge Normant at Jed Root, makeup artist Leslie Lopez at Jed Root, and manicurist Gina Eppolito. Set design is courtesy of The Owl And The Elephant, with art direction from Gemma Stark.

“I Would Love To Be Able To Offer A Woman A $69 Pair Of Shoes, but those are never going to last her. The heels are going to break, and they’re going to be made under conditions that I would feel really lousy about. How could I ask anybody for their hard- earned dollars, even $69, if they would have to replace the shoes in two months anyway? So George said we are going to make our shoes in Italy, the way shoes should be made. We are going to go to Tuscany, to fourth- and fifth- generation shoemakers, and we’re going to find a way to make a shoe for $395. Now, that isn’t accessible for a lot of people, that’s out of touch, but I couldn’t give them a $69 shoe that would break.” – Sarah on shoes from SJP by Sarah Jessica Parker 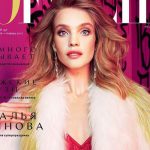 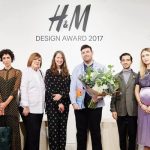