The “h” may be small, but the wonders of petit h are both beguiling and seemingly endless. The idea—to take the leftover materials of the Hermès manufacturing process and transform them, with the imagination of artists and designers and the know-how of the company’s artisans, into whimsical, witty, and poetic objects—is a simple one. Pascale Mussard, a sixth-generation member of the Hermès family who created petit h in 2010 and who is its artistic director, knew it would open a universe of possibilities. – from Hermes

Artist Alexandre Mussard, Pascale Mussard’s son, reimagined the windows of Madison Avenue boutique as an Advent calendar, in a collaboration with his mother. Inside the store are anamorphic sculpture, a giant version of a petit h flying porcelain teapot by the designer Gilles Jonemann and a mythical workshop offering an immersive experience of the petit h holiday factory.

Petit h is always about dreams. I tried to make this collection even more festive for the holiday season. – Pascale Mussard

You can see Petit h at Hermès Madison boutique from December 2nd 2016 to January 7th 2017, Hermès Wall Street on December 10th and 11th, and at the Hermès Parfumerie from December 16th to 18th. 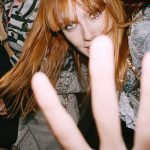 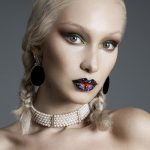