London Fashion Week salutes Richard Nicoll’s talent with a colour dedicated to him – Nicoll Blue, the custom colour developed and standardized by the Pantone Color Institute. To honour the designer after his sudden passing in October, 2016, the central hub of LFW, have been painted in Nicoll Blue.

Richard was a designer whose talent and character inspired all around him. He registered his affinity for the spectrum of blues hundreds of times in the collections he showed in London. For a decade, Richard’s life-enhancing gift for bonding people together contributed immeasurably to the spirit of a whole London fashion generation. The visual presence of Nicoll Blue throughout the main fashion week venue is a way to remember and celebrate a great London friend and to convey our respects and eternal gratitude to his family. – Sarah Mower MBE, BFC Ambassador for Emerging Talent We were so pleased to be able to work on the creation of Nicoll Blue, a unique new blue shade in memory of esteemed fashion designer Richard Nicoll. Modest and humble, yet at the same time lively and playful Richard Nicoll’s Nicoll Blue embodies the elegance and sensitive spirit of this much beloved designer whose innate kindness, loving soul and good natured sense of humour held a special allure to all that entered into his orbit. – Laurie Pressman, Vice President of the Pantone Color 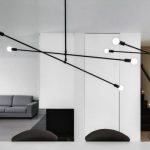 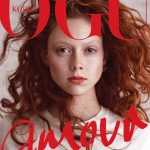