“Opening to the swinging sounds of big band jazz, the film is an unfiltered dose of enthusiasm and joy as seen through the stylistic lens of home movies and mid-century newsreels. Fanning, alongside a cast including Karen Elson, Caroline Murphy, and Lara Stone, laugh and play as waves crash upon the shore, all the while narrated with a dry enthusiasm by a voice off-screen. Borrowed from a 1940 British Pathé story on bathing costumes, the narrator offers up commentary that is somehow both anachronistic and current. It’s all — as the voice reminds us — “very tasteful, very neat.” 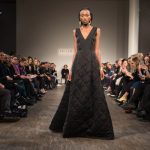 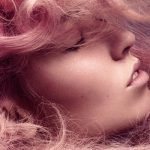