Discover Gareth Pugh’s new video, a prelude to his Autumn Winter 2017 show, scheduled on Saturday February 18th in a vast underground arena in Central London. Directed by Ruth Hogben and Andrea Gelardin, the film features Rebekah Del Rio, a star of David Lynch’s Mulholland Drive performing a rousing a cappella version of her signature song Llorando.
Shot against an expansive, brutalist backdrop, the film implicitly references the emotional centrepiece of Lynch’s 2001 movie, where Del Rio performing the song collapses on stage, as her apparently live vocals continue to soar. Pugh describes the scene as “an iconic visual conceit, and a fitting metaphor for truth in a post-truth arena.” Opening with a quote from William Shakespeare’s King Lear, and shot with an eye toward electric intensity, the work undeniably possesses a distinct political subtext. It is, in the words of the designer “a vision of a world on the precipice of anarchy.” – from Gareth Pugh
165
SHARES
ShareTweetPinterest 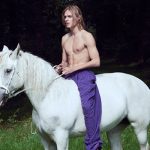 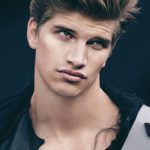