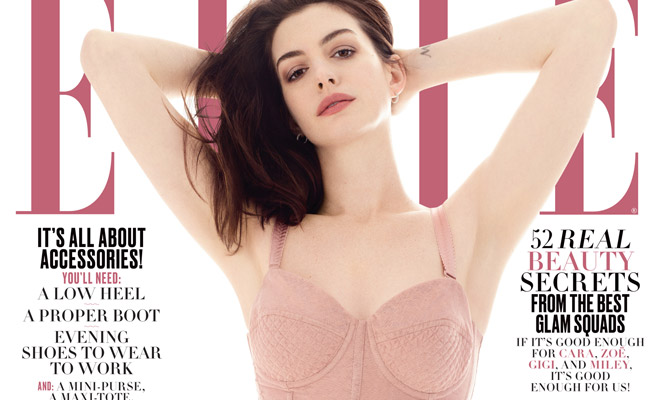 “Hollywood is not a place of equality. I don’t say that with anger or judgment; it’s a statistical fact. And even though I’ve been in some female-centric films, I’ve never been in a film like this. It just kind of makes you aware of the ways you sort of unconsciously change yourself to fit certain scenarios. It’s not better or worse…or right or wrong, but there are certain things you understand about one another because of experiences you have in common…it’s probably easy for men to take that for granted. Just being on a set where I’m the one who possesses that ease is really something. It’s a nice alternative narrative.” – Anne Hathaway on starring in ‘Ocean’s Eight’ and working with a female-led cast.