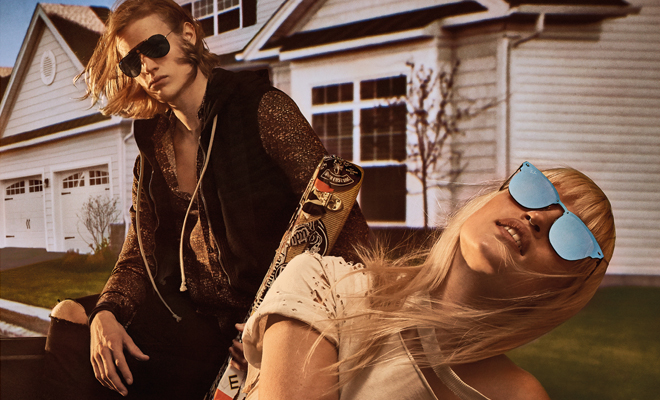 This campaign is about diversity and individualism. The general idea is to create a reality in which people leave a world to enter another, with the intention never to look more to the past. One of the strengths of this campaign is the sense of authenticity that transmits, because anyone wearing a pair of Ray-Ban always expresses its identity and does not overwhelm the glasses. – Steven Klein

The models are wearing the timeless Ray-Ban Aviator, Ray-Ban Clubmaster and Ray-Ban The General, and two new models just landed on the market, such as Ray-Ban Blaze and Ray-Ban Dean.