The classic question in design is whether form follows function or function follows form. Of course, it’s a never-ending discussion, just like whether offense or defense wins games. The fact of the matter is that both elements must be effective for the entire thing to work.

Yet there have been a few times in history where somewhere along the line, someone spent a little too much time on form and forgot about function. The Aon Center in Chicago was striking in its marble-clad beauty, but the thin sheets used to cover the building began shearing off, forcing a renovation that cost $80 million.

Why do disasters like this happen? The short answer is a lack of attention to details, but it can also be due to a variety of other factors.

The difference between a good architecture school and a bad one is manifested in things like Aon and the numerous other examples throughout history. Certainly the best-trained architects are the ones who are coming up with the most striking and beautiful projects, but that judgment is based only on the reactions of onlookers. What the average citizen–or even the typical occupant of the building–doesn’t realize is the immense structural considerations of such a building, the steel, concrete, and wood that make it possible for beautiful finish components to stay in place.

The Leaning Tower of Pisa is one project that may come to mind on this topic, but it doesn’t quite fit the bill of incompetent design. What failed in Pisa was the knowledge base of the designer. He came up with a beautiful, functional structure that, to his credit, is still standing over 600 years after its completion. The problem was that the design wrote a check that the soil couldn’t cash, so to speak. Engineering science hadn’t advanced to the point that the designer could do core drilling or conduct other tests to ensure that the soil could evenly support the massive weight of the tower. When it proved to be an inconsistent building site, the tower settled, and none of a number of steps could compensate for the inadequate foundation or shifting soil upon which the building rests.

Pushing The Envelope Too Far

Design is all about innovation, about coming up with something that hasn’t been done before. When the process begins to ignore functionality in favor of beauty or profit, failure is never far away.

The most rudimentary component of a building or other project must always be that it is safe and structurally sound. The Tacoma Narrows Bridge highlights this. Its designer had already had trouble with two of his previous projects, which would sway precariously in the wind. But his desire to innovate–and perhaps his greed–kept him from altering the design when the state of Washington came calling, and the resulting bridge ended up shearing apart and splashing into Puget Sound. The debate about form versus function will never end. But what will also continue in perpetuity is the desire to move ahead in design, to do things that have never been done before. For that process to remain safe and effective, there will have to be a careful balancing act maintained. Designers and architects will need excellent training in order to understand which of their ideas are practical and which are not ready for the real world, and those designers will also have to know how much is too much when it comes to stretching the limits. With that equation in proper proportions, the field of architecture can only become more amazing. 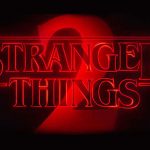 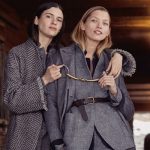