“We all heard stories about Jared, how he transforms into the characters, but even this didn’t prepare me for what was to come. He entered the room, and he could not see at all, He was walking with an assistant, very slowly. It was like seeing Jesus walking into a temple. Everybody became super silent, and there was a kind of sacred moment. Everyone was in awe. It was so beautiful and powerful—I was moved to tears. And that was just a camera test! That, for me, was insane, But he really created something. Every time Jared came on set, it was a boost of energy, tension and excitement.” “I might not be at the top of the list for, like, a funny dude, but if someone is dying or suffering greatly, I’ll get a call. I got calls about [playing] Charles Manson, Ted Bundy, David Koresh and Jim Jones, all within two weeks. I’m not doing them, but I thought for a second, ‘Oh, my God, I should do them all.’ Just put them together like a Criterion Collection box set. And then retire.”

Leto on his side hustle as a successful tech investor, whose long list of winning bets includes Uber, Snapchat, Spotify and Airbnb:

“I like to learn. So if I can be involved in a company that teaches me something, I’m happy.” Leto on his style:

There was a period a decade ago when I wore Hare Krishna clothes. When I was younger I was like, ‘Give me something black’ but now I love color. You know how you see old guys wearing loud Hawaiian shirts? If I walk off the bus, and the crew starts laughing, I know I put the right thing on.”

“I’ve been inspired by him many times, the way he puts gym pants with crazy hats or something—it’s beautiful. He says, ‘I don’t care about fashion,’ but it’s not true. He’s like the most fashionable gypsy you can imagine.” 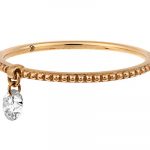 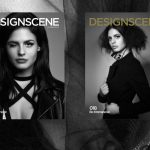