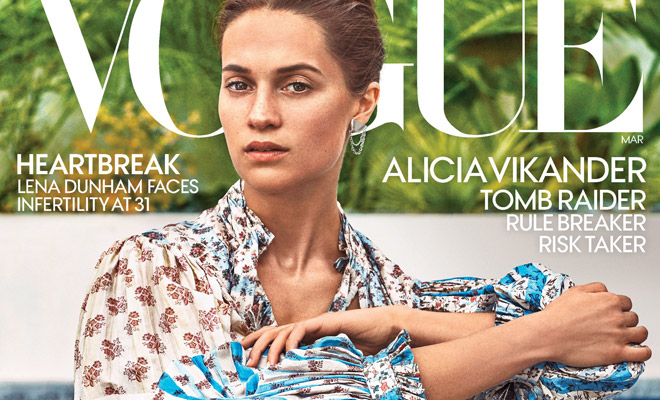 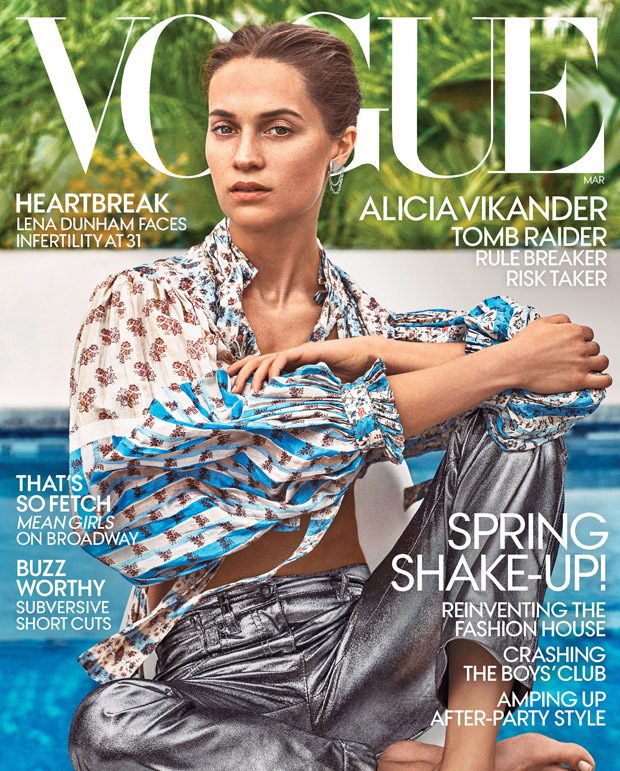 Tomb Raider star Alicia Vikander takes the cover story of American Vogue‘s March 2018 edition captured by fashion photographer Steven Klein. In charge of styling was Tonne Goodman, who for the session selected looks from brands such as Louis Vuitton, Proenza Schouler, Tom Ford, Alexander McQueen, and Calvin Klein 205W39NYC among other. Hair styling is work of Garren at Garren New York for R+Co, with makeup from beauty artist Yadim, and manicure by Emi Kudo for Chanel Le Vernis. Set design is courtesy of Andrea Stanley, with production from Arielle Viny for Lola Productions.

“It was such a community that came together, I got on the phone with Natalie, whom I’d never met, and Reese. Suddenly I felt like I made a lot of new friends. One thing that really got to me in their initial email was the fact that—because women are not as well represented in all industries — we often have to fight for jobs. The competition is so tough that instead of getting to know each other and working together, we learned at an early age to compete for that single spot. So then to get on the carpet yesterday and feel like I had actually made friends with the other actresses and people I admire, it was really cool.” – Vikander for Vogue US on joining actresses including Reese Witherspoon, Natalie Portman, and Michelle Williams in promoting Time’s Up, the new initiative to combat workplace sexual misconduct and inequality. 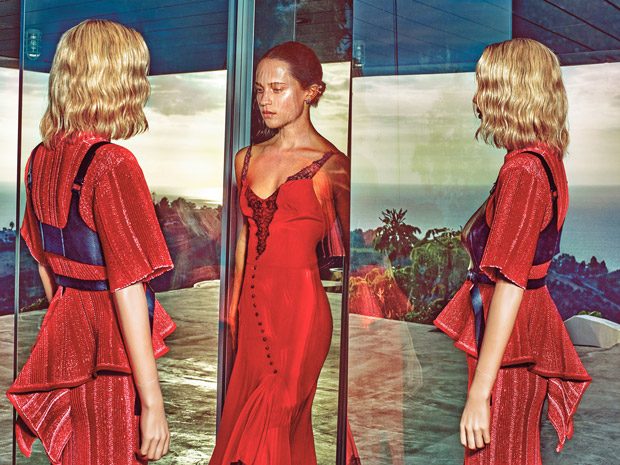 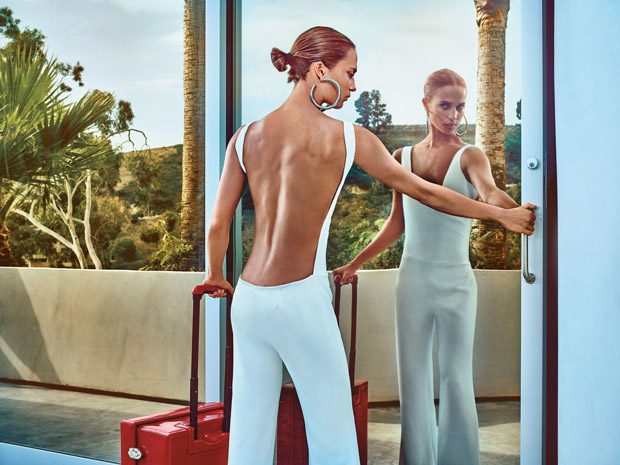 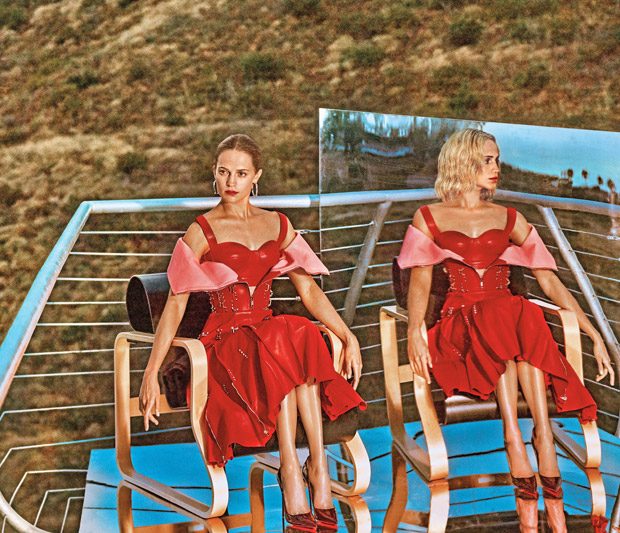 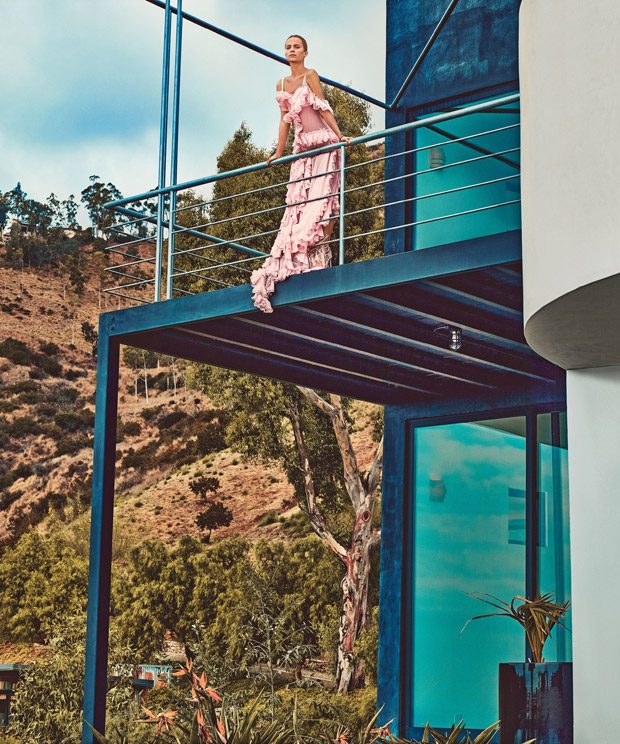 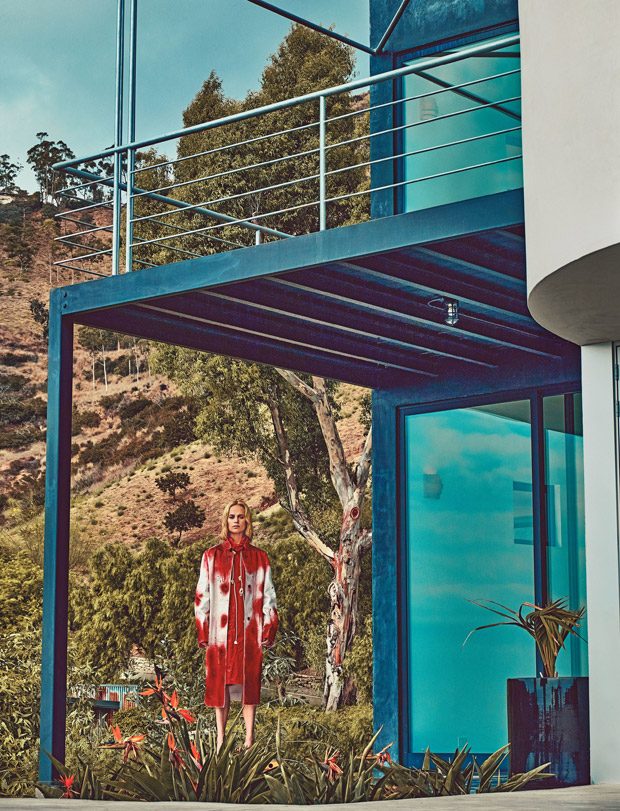