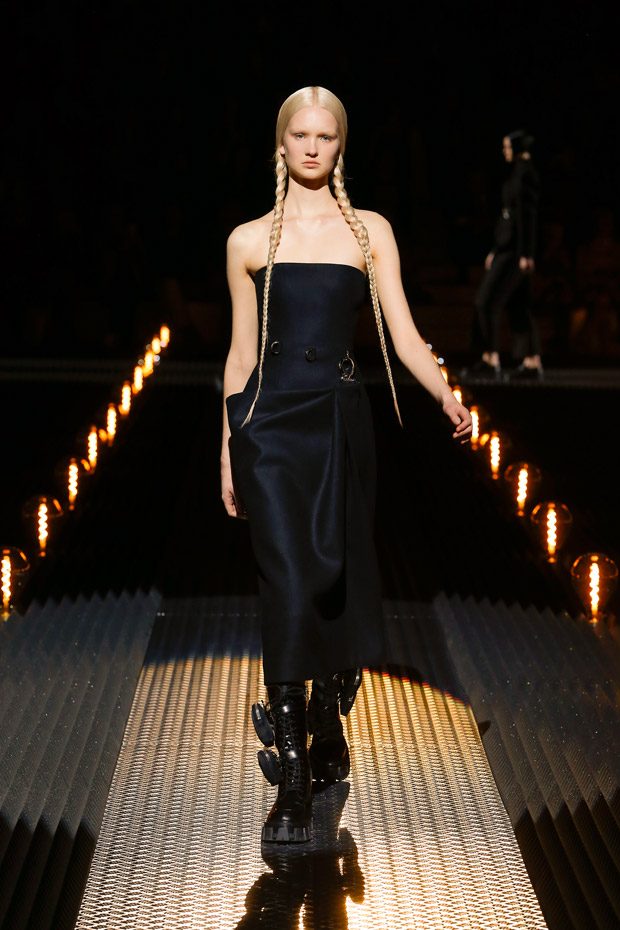 Designer Miuccia Prada presented PRADA‘s Fall Winter 2019.20 Anatomy of Romance Collection, that explores both artistic and literary idea of Romance, the tension and duality between our strengths and fragilities, emotions and the rational, nature and civilization, on Thursday February 21st, during the ongoing Milan Fashion Week.

“The Fall/Winter 2019 Prada Womenswear show is an exploration of the anatomy of romance – ideologically, emotionally. As the romantics believed imagination could invent a better world, a perfect human being, so these ideas are fundamentally reflected in the fashion show, peopled with proposals of the idealised, the model.

Approaches are addressed as individuals. The interplay between different dichotomies, between dualities of materials and approaches, natural and man-made, here convey a suggestion of two lovers meeting, two halves to one whole. A traditional romance, underscored by a dissection of archetypal and direct symbols. These are simple, archaic gestures of love: strewn flowers, the heart, lace veiling, a bow, a thunderbolt as coup de foudre.

There is a dark romance in danger – a horror film is romantic, danger is attractive. Military clothing imagines a past, of the lost subsequently reunited. There is also the unexpected romance of science-fiction films, of Frankenstein and his Bride – an unlikely love story, a hero ceaselessly searching for affection. But he is a man-made creation, an emblem of a search for the sublime, like fashion itself. A romantic concept. They appear here in a wedding portrait, their memory in marriages of composite parts – nylon and Loden wool, laces against mohair fur.“ 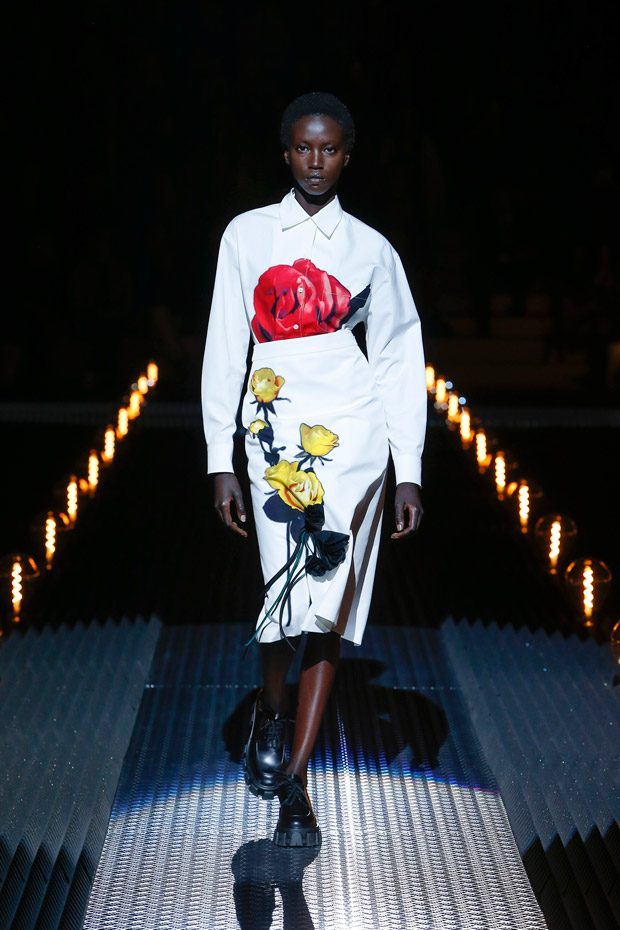 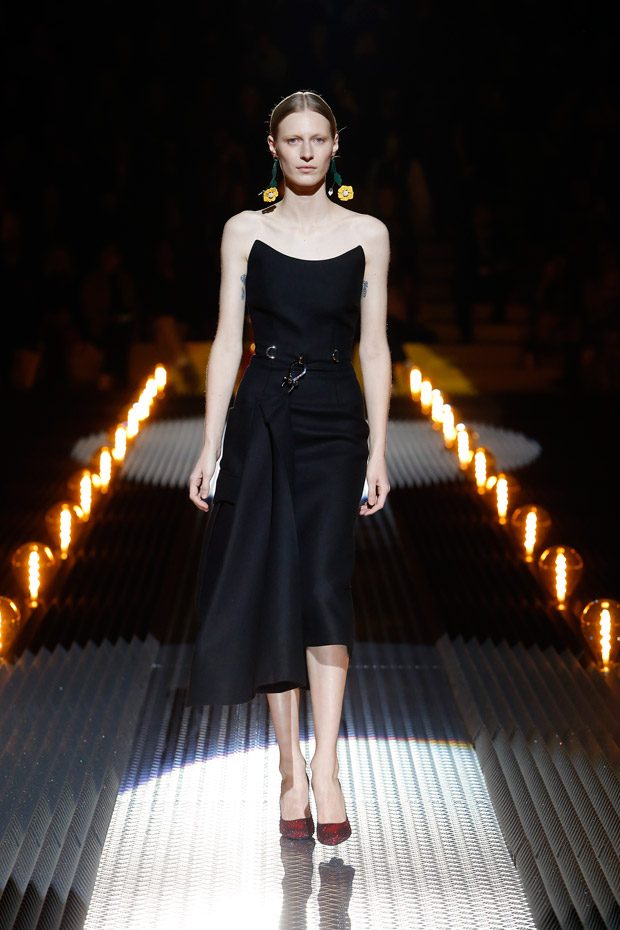 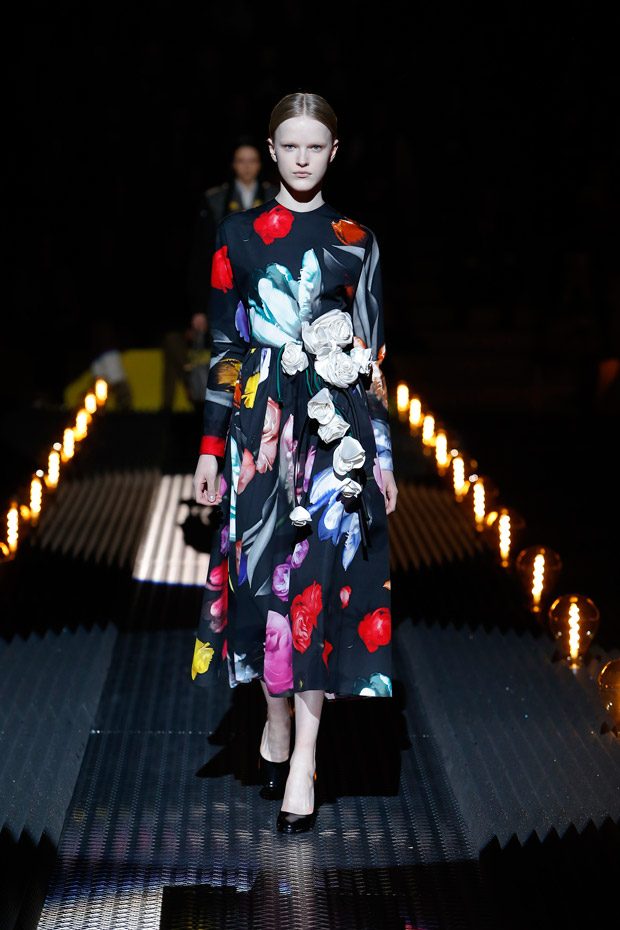 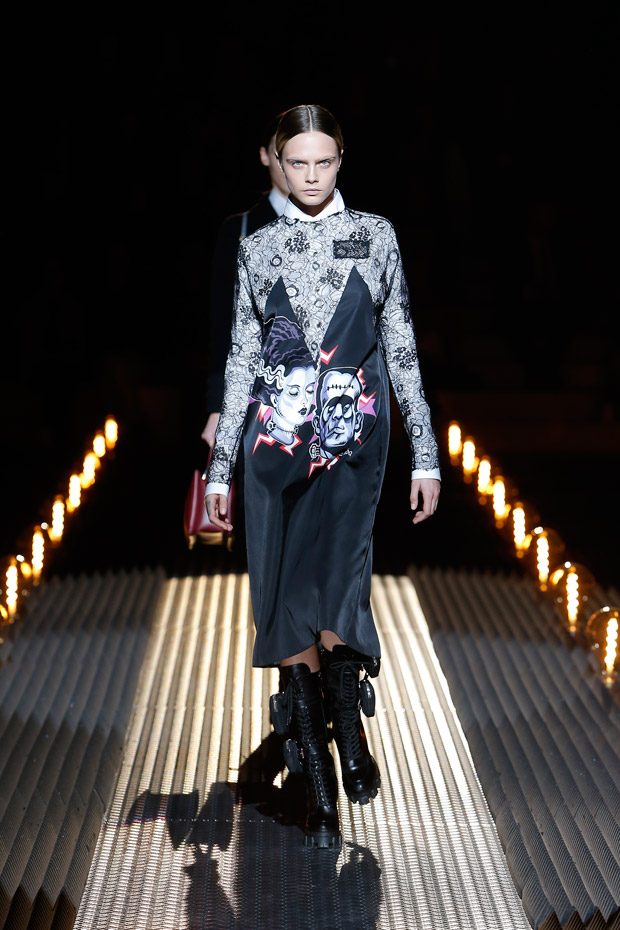 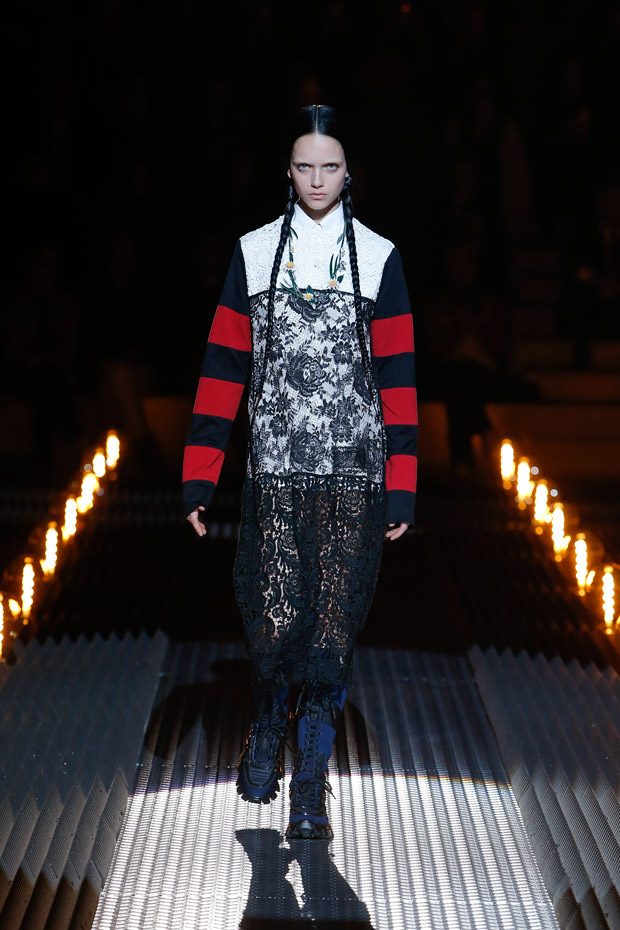 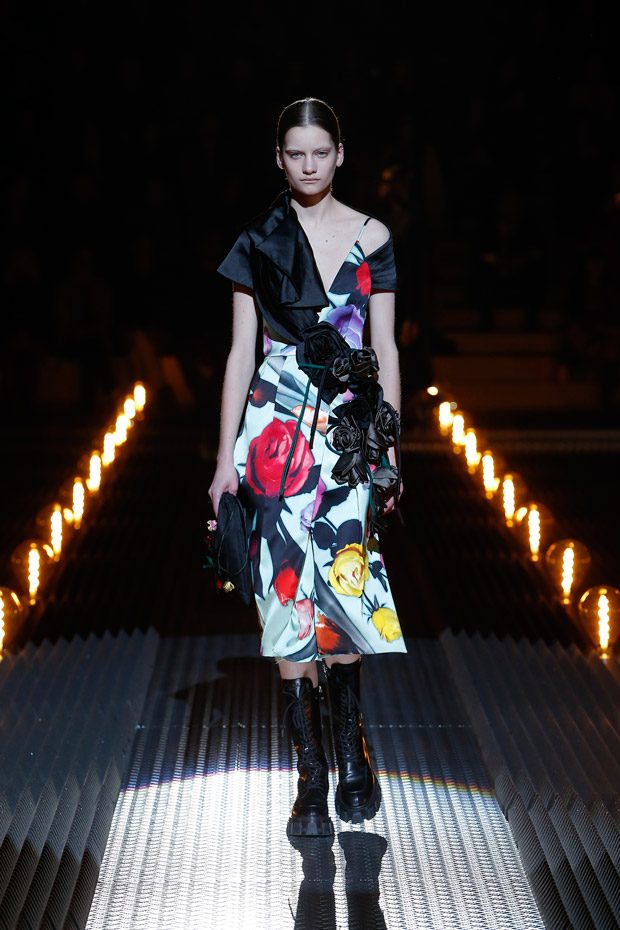 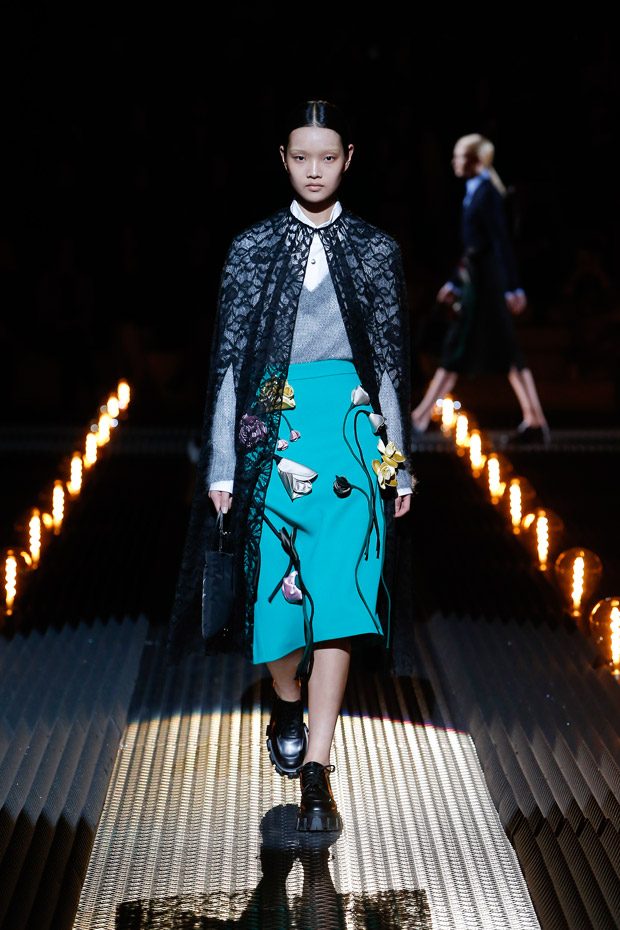 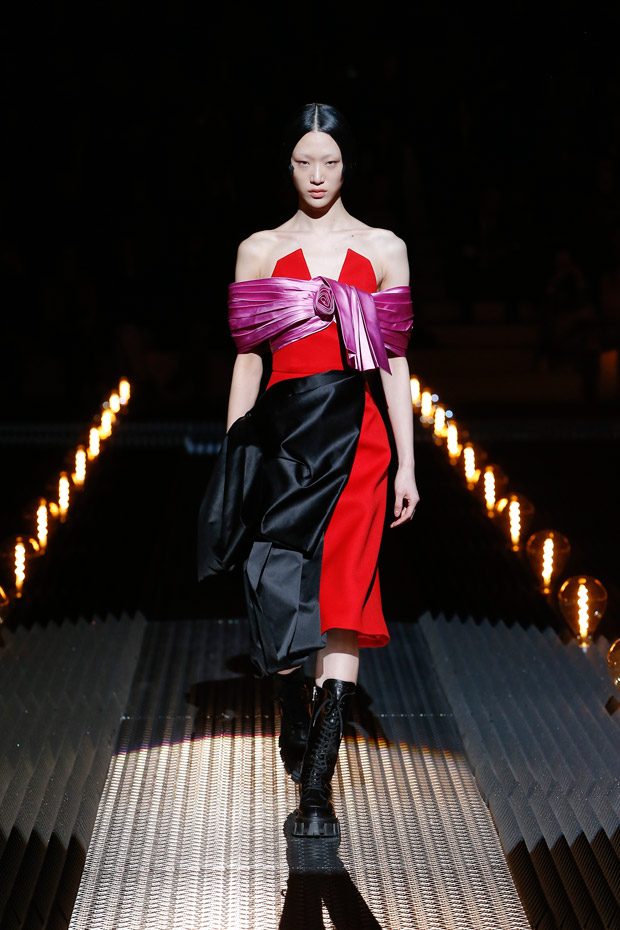 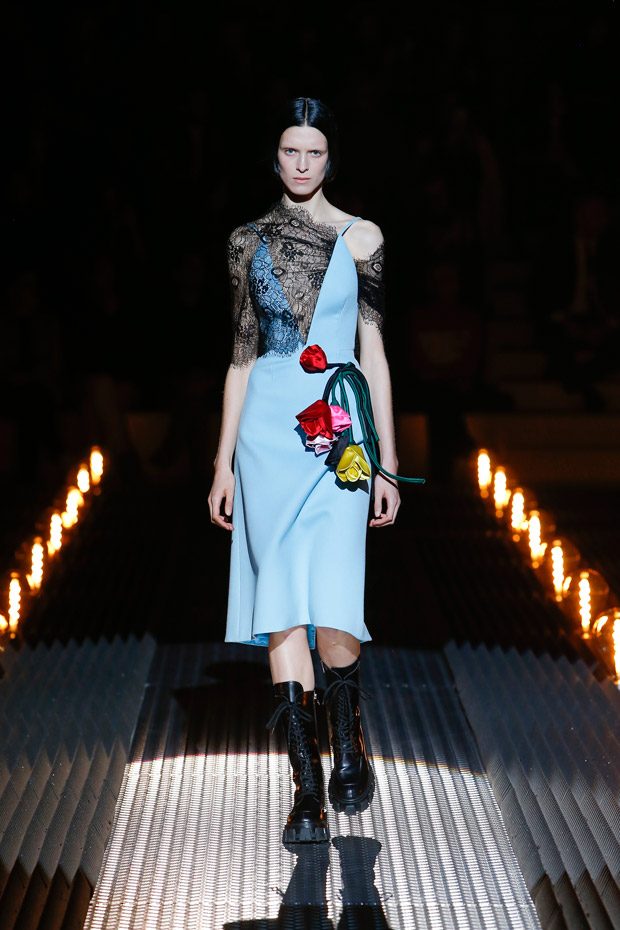 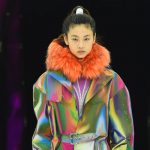 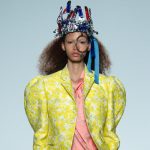