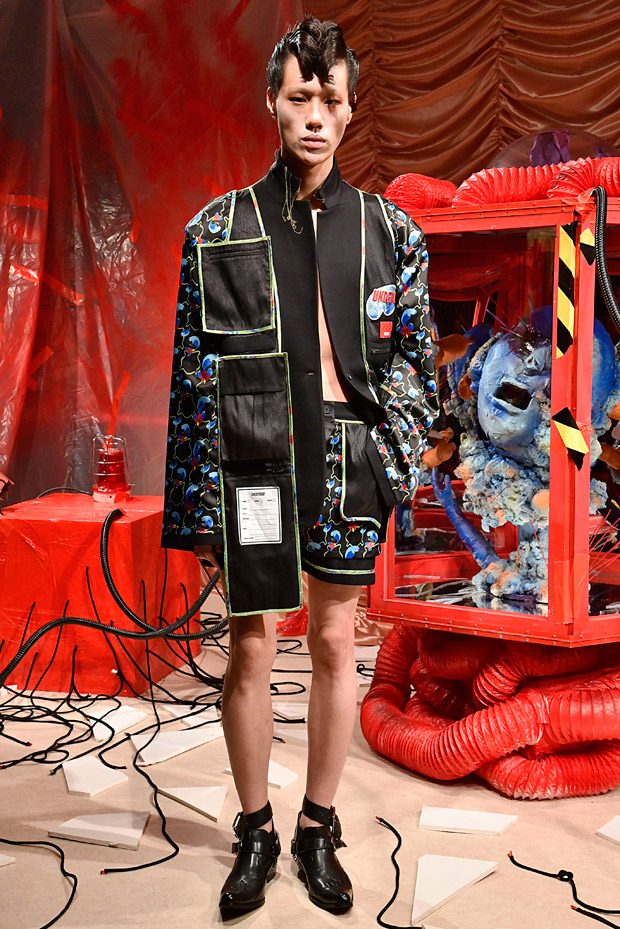 “UNDERAGE have used dark tones to represent the horror and hedonism of The Rocky Horror Picture Show and to represent how the film has inspired the youth of Generation-Z today, the womenswear collection has androgynous styling as a prominent feature throughout the pieces.The Rocky Horror Picture Show film is infamous for its stark juxtaposition of two extremes, a clash between what is perceived as ‘normal’ and what is perceived as ‘strange’. This collection reflects the film’s iconic way of thinking: shapes of garments that modern consumers are familiar with, such as t-shirts and knitwear, are deconstructed to blur the lines of their own perception of ‘normal’. More blunt contrasts can be seen throughout the collection, specifically within the way that UNDERAGE combine a traditional and modern approach to fashion.“ 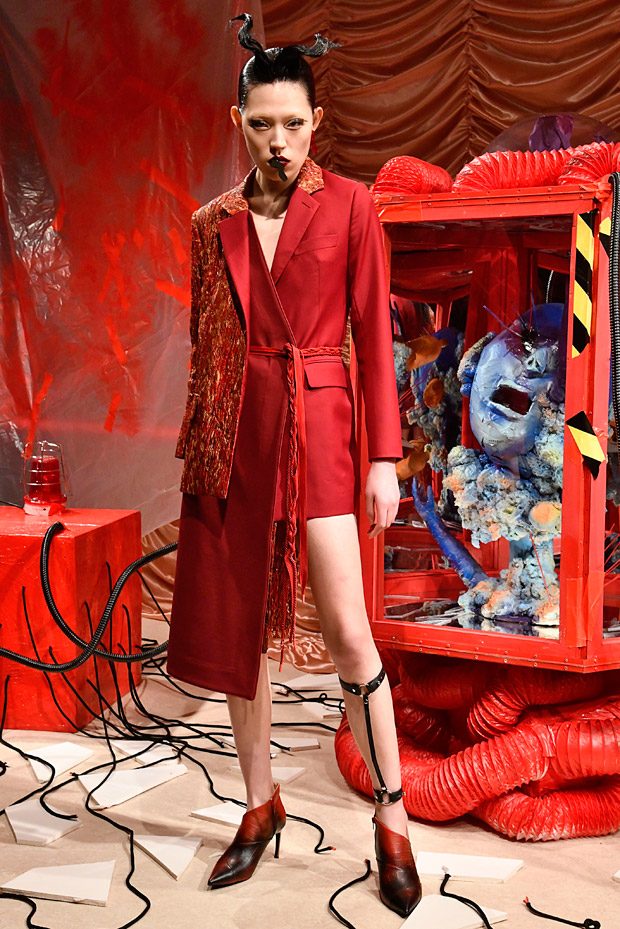 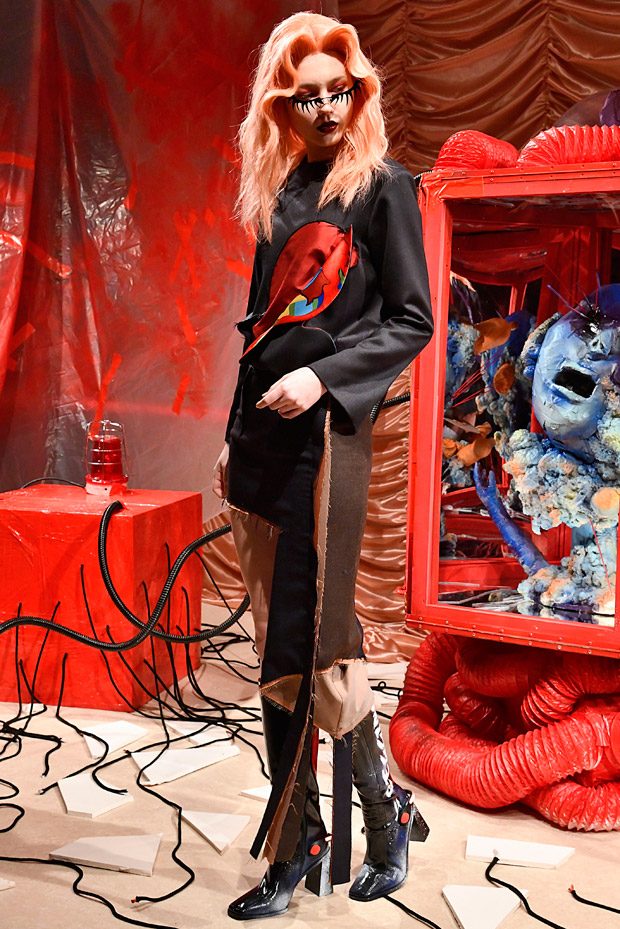 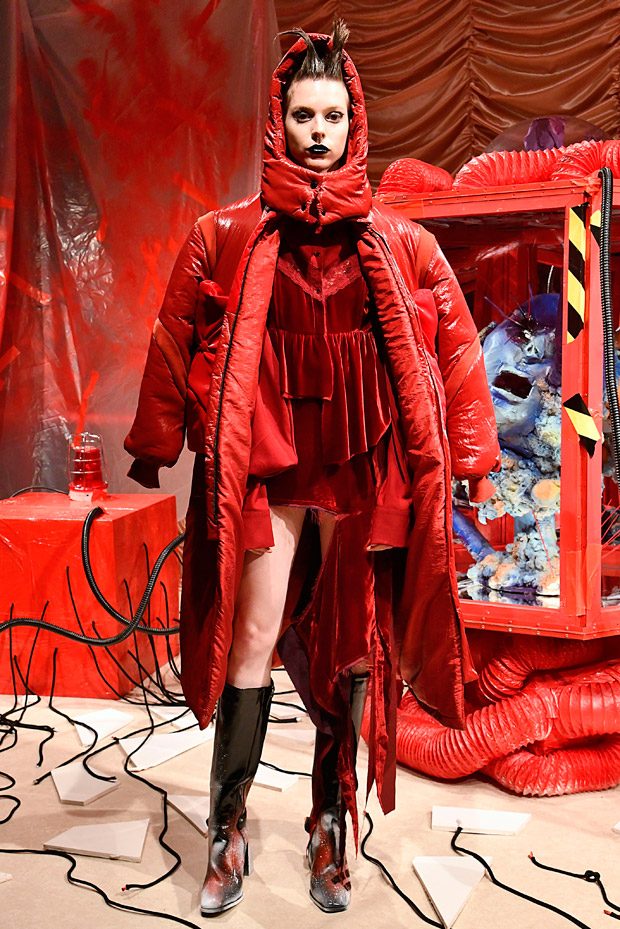 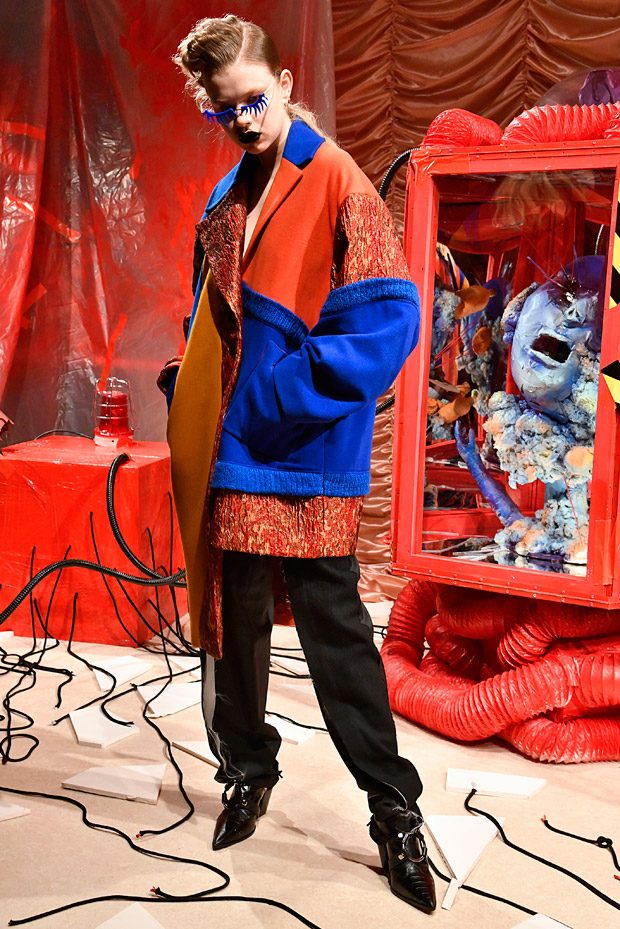 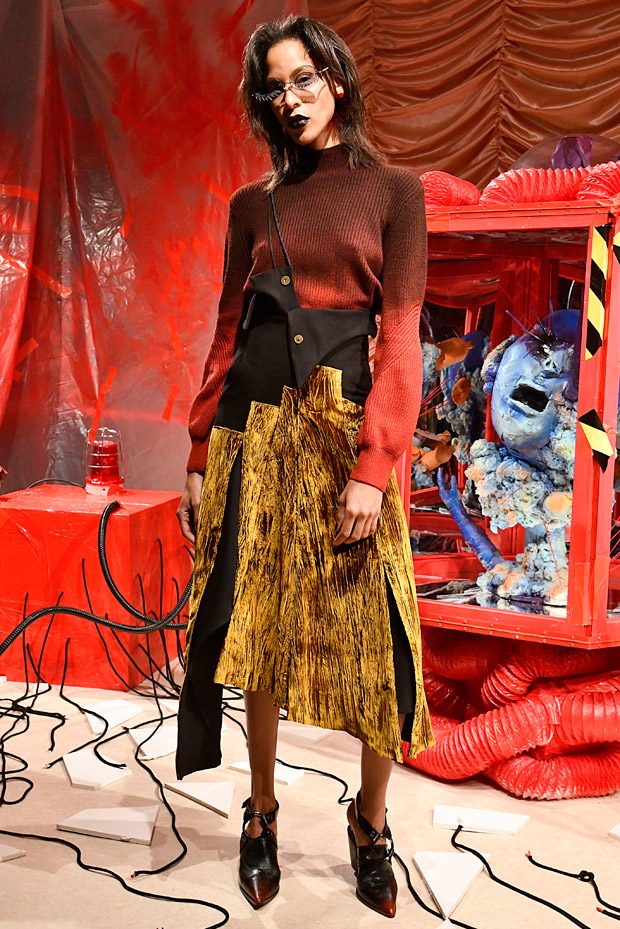 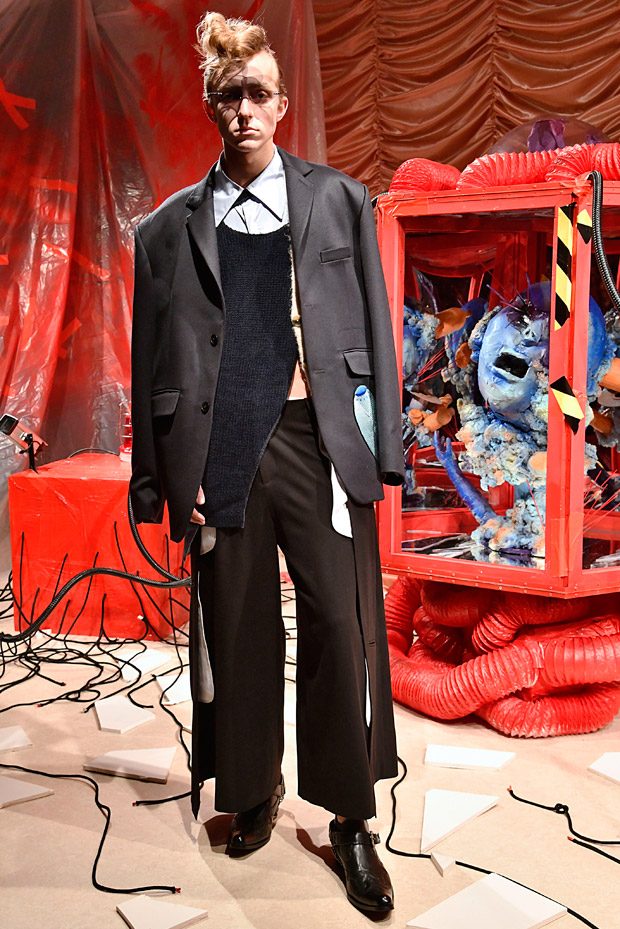 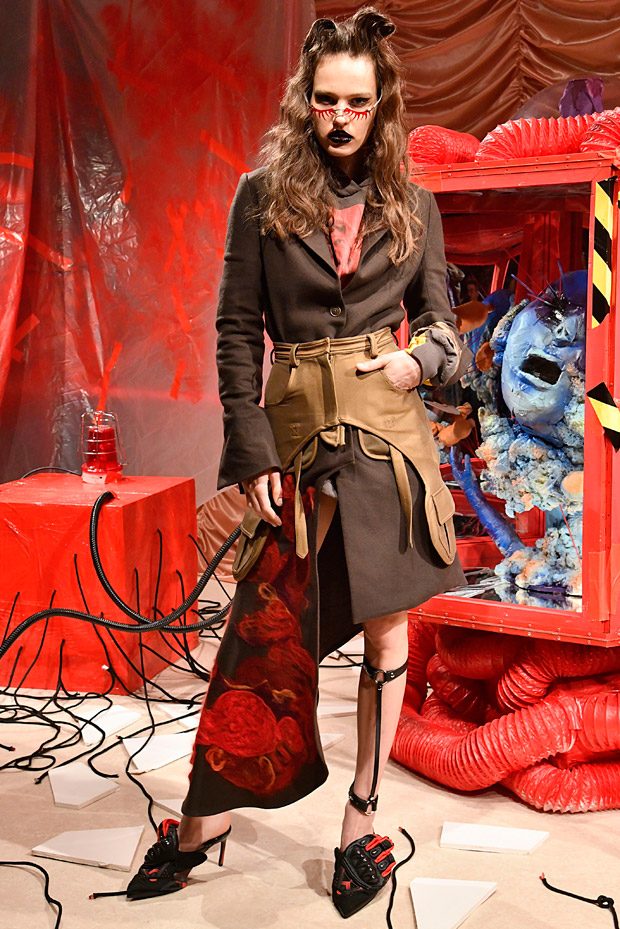 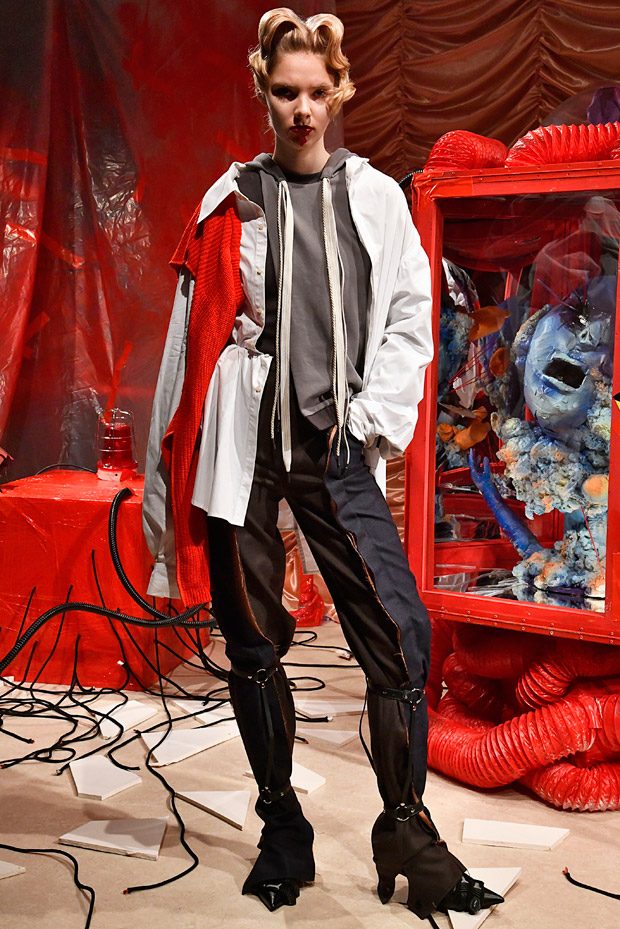 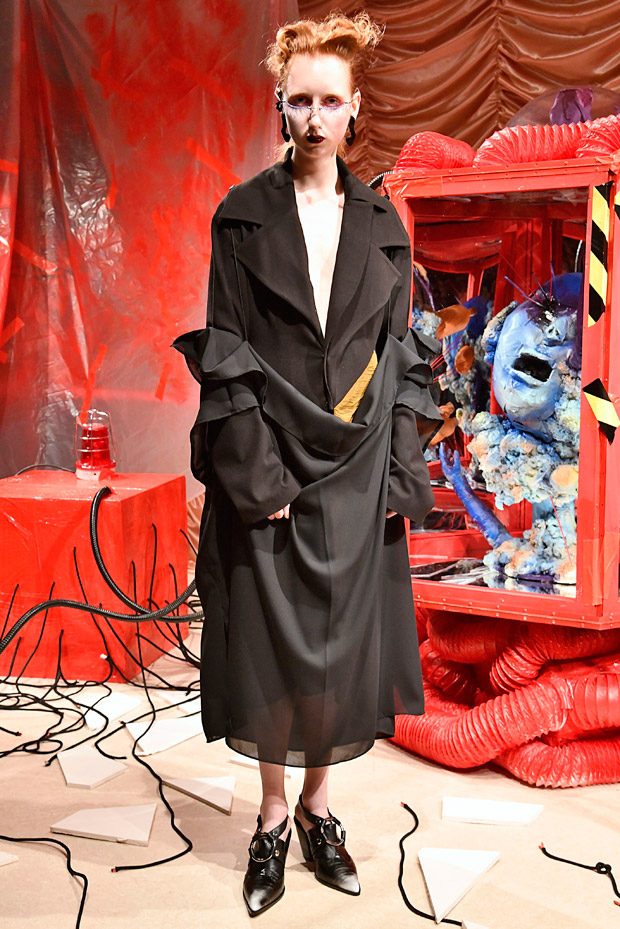 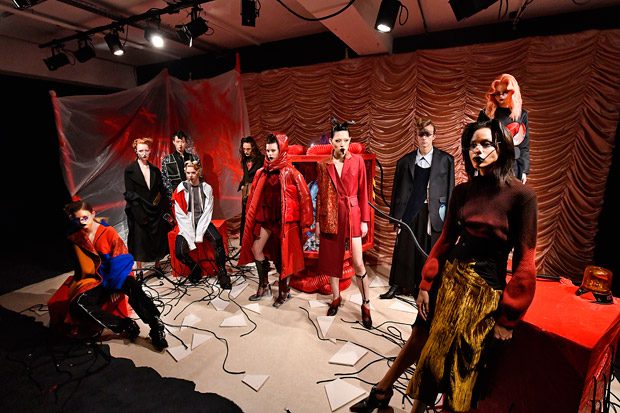 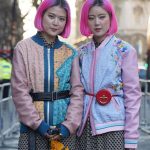 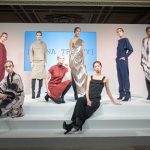