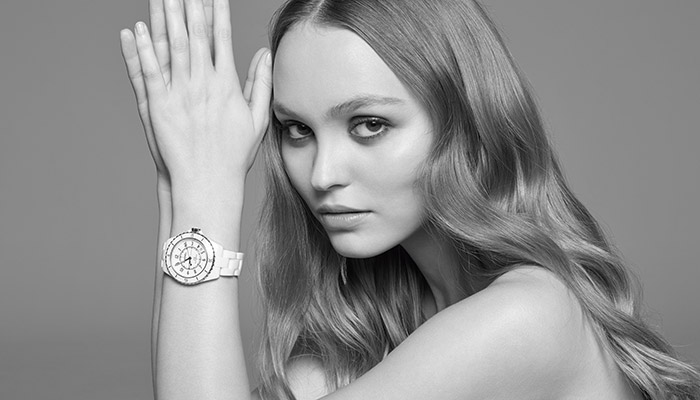 If i could relive one second from the past 20 years, maybe the moment that i got to be the bride in the chanel show a couple of years ago. – Lily Rose Depp

Ever since its creation in 2000, the J12 cultivates its singularity. A radical choice of colours, innovative material, cutting-edge technology. The J12 makes an impression. It becomes the watch where every second counts, those that change a life. The watch of decisive seconds. – from Chanel

A rising movie star, Lily-Rose grew up with Chanel. Her story with the house began when she attended the Métiers d’Arts runway show in New York city with her mother, and she became the face for n°5 l’eau and an ambassador for Chanel Makeup.