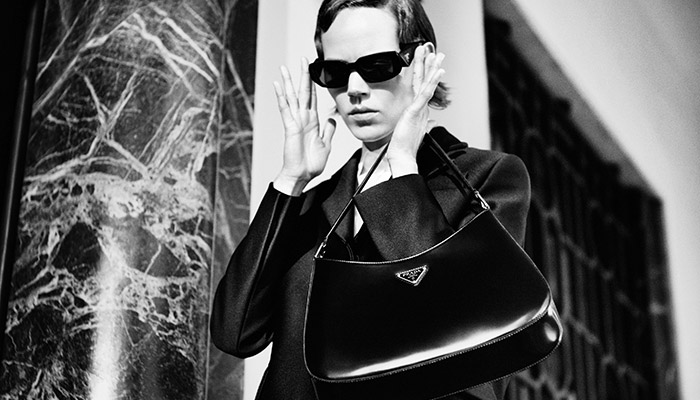 Luxury house PRADA presented their Holiday 2020 A Stranger Calls campaign lensed by the legendary fashion photographer Steven Meisel, and based on an original short story by British best-selling author Candice Carty-Williams. The five characters are played by Freja Beha, Maty Fall, Mao Xiaoxing, Rudolfs Valbergs, and Merlijne Schorren. In charge of creative direction was Ferdinando Verderi. The campaign was filmed in Villa Gnutti – an isolated villa in Italy.

“A synthesis of classicism and futurism, a focal point is the new Prada Cleo handbag, debuted in the Prada Multiple Views SS21 show and featured in the Spring/Summer 2021 womenswear collection. Precious jewels for her, in gold with tourmaline or silver, reinterpret the iconic lines of the Prada triangle, like facets of a gem abstracted, the emblem appearing as delicate chain necklaces, lariats and chandelier earrings.” – From PRADA