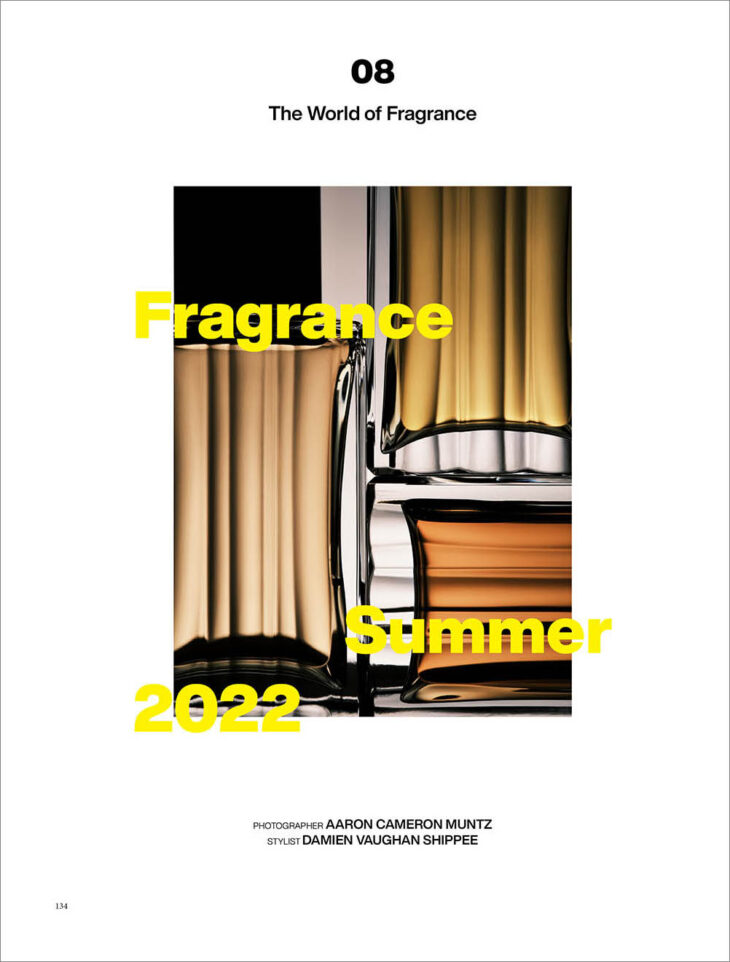 For a millennium, fragrance has been coveted by civilizations across the globe for its ubiquitous ability to transform one’s being and spirit and to transport our senses. We’ve selected a range of gender-neutral scents for summer with some background from their creators.

Today, fumes, as some fragrance creators call them, still use ancient scents to compose symphonies of smell. During his tenure at CELINE, Hedi Slimane has created an olfactory journal that informs his creative journey with the Haute Parfumerie that launched in 2019 with 11 original fragrances. While Dan Paris, Eau Californie, and Parade vastly differ, they are all reigned in by a central note that ties the house’s perfumery together. Powder. The couturier weaves design into the olfactory process choosing thick fluted glass distorting the image that lies behind it. Both of these principles of high scent and high design are interwoven distinctively, albeit somewhat veiled, much like the way he views gender.

On a 50-acre plantation in Uruguay, Julian Bedel’s company Fueguia 1833 is growing over 100 aromatic botanicals native to South America. Sustainability is a hallmark of the company’s work, incorporating rare and ancient botanicals into the craft. By that standard, they cannot over-consume those crops, which limits the bottling process to 400 bottles per fragrance yearly. They package all of the products in individually wax-stamped and editioned upcycled wooden boxes. The paper wrapping around the bottle is a map of Patagonia. It is protected with a fine layer of shaved wood obtained through a Japanese technique. The fragrances are mixed in the company’s laboratory in Milan. Darwin, a creation that includes grapefruit, cedar, and vetiver notes, evokes what Bedel believes Charles Darwin’s cabin might have smelled like.

Before his passing last November, Virgil Abloh worked with perfumer Jerome Epinette on two of the four fragrances under OFF-WHITE‘s beauty expansion PAPERWORK, introduced this past year. Solution No. 2 considers the duality of citrus and wood—a joyful endeavor. With tangerine leaves at the top, orange blossom at the heart, a woody vetiver base, and a hint of ginger, this scent is fresh and bright as it is woody and grounded while addictive. The flask is clear with bright red embossed “paperwork” logo, and the cap has a red spigot handle. The liquid shines through a calming blue, one of four different colors for each scent. Along with fragrance, the house introduced IMPRINT, six solid pigments inspired by graffiti and freedom of expression, and COLOR MATTER, a set of 5 nail varnishes revealed during the Off-White High Fashion show last February.

Frederic Malle has famously allowed master perfumers to create unique and cult following fragrances free from budget restrictions, deadlines, and marketing requirements. Angeliques Sous La Pluie created by perfume Author Jean Claude-Ellena, shows the importance of nuance in scents—opting for the less is more approach. In many of his creations, he pares down the makeup focusing on singularity. In this composition, Angelica flowers shimmer through with the guiding hand of pink peppercorn, juniper berry, and bergamot. Peppery and vibrant, this scent is sure to turn noses with its quiet elegance.

Yasmin Sewell launched VYRAO, a wellbeing brand focused on bringing energy to the fragrance world. Sewell launched 5 scents in colorful flasks, each with a charged Herkimer diamond, aimed to promote positivity and connectivity within one’s self. Each bottle comes with a card listing the scent notes and their respective energies. Witchy Woo channels courage and creativity using Moroccan orris absolute, love and enlightenment with thorny rose, anti-anxiety with black pepper, balancing Patchouli, and Frankincense for illumination. I AM a VERDANT summons transformation. Like the bright green vessel, it also has an incredibly viridescent aroma. Both Witchy Woo and I Am Verdant include notes of black pepper and Frankincense. Still, the latter has bergamot for clarity and joy, cyclamen to uplift and cleanse, iris to harmonize, orange flower absolute for anti-anxiety, white musk for clarity, and juniper wood to help release negative emotions. Of course, it should be said that reminding ourselves of these things by pinpointing a scent to an emotion or feeling will likely have a greater chance of awakening our energies and promoting positivity.

Located in New York City, founders David and Kavi Moltz of D.S. & Durga have built one of the few luxury perfumeries on US soil. David has a somewhat untraditional background in fragrance, having taught himself how to compose a scent from the ground up. The perfumes are story-driven. Armchair Travel, as David calls it, effectively transports you to the world he creates. Bistro Waters, one of the latest offerings, is a whiff of the late 90’s to the early aughts dining society, glasses clinking, the scribble of an order recorded, check please, among the chatter of dozens of conversations, salinity. At least, this is how I imagine it. At the top notes of lime flower water, coriander seed, and pear. Shortly after, mandarin is revealed with a vegetal air of bell pepper and sweet pea flowers. Fresh basil, nutmeg, and mossy water round out the fragrance’s base. I Don’t Know What, one of their top-performing products, can be used as a fragrance enhancer or solely on its own. Its unique set of materials like bergamot, Iso E Super, vetiver acetate, Firsantol and Ambrox Super have special qualities that bring out other fragrances. As David puts it, “It’s like a building with only structure, and no interior.” Whatever fragrance you put inside will have a new life and a new feeling. That brings us to Rose Atlantic. Rose can be somewhat polarizing when it comes to fragrance, often regarded as solely a feminine leaning scent, but here rose accord is balanced by the sea and the grassy flora of high summer. All of D.S. and Durga’s fragrances are mixed and bottled in New York City.

Also, in the US as well as Paris, Régime Des Fleurs, founded by Alia Raza, has been concocting cult following scents that have captured the noses of many worldwide. One of their recent launches, Al Dukhan, is our Oud choice for summer. The fragrance was made in collaboration with Christopher Niquet, the Paris-based editor, writer, and stylist. He has worked with the likes of French Vanity Fair, Elle France, and Self Service Magazine. It was composed by master perfumer Dominique Ropion. The Oud in this fragrance is tempered by cool white musk giving it both a feeling of warmth and the coolness of the stone. In the story, “Burning Oud on a slab of grey marble inside a North African Riad.”

Fantôme de Maules, created by Stora Skuggan based out of Stockholm, Sweden, is a tale of a reclusive being in the woods of Maules, Switzerland. The mysterious man, standing at 2 meters tall, wanders about smelling the flora of the landscape and picking flowers, only to disappear again when interrupted by even the faintest snap of a twig or approaching body. The scent is composed of a wood base of Oakmoss, Cedarwood, Sandalwood, Tonka Bean, Labdanum, and vetiver. The heart is floral and herbaceous with notes of coriander, forest flowers, lavender absolute, and cardamom. The top is bright and green, featuring bergamot, green leaves, Galbanum, and lemon. Each of Stora Skuggan’s scents is mixed and bottled by hand. They consider themselves a niche perfume house, offering just 5 scents, all of which are supremely unique to the scent scape that is a fine fragrance.

One of our favorite releases this year is De Los Santos by Byredo, which debuted in late March 2022. It’s instantly pleasant with notes of Clary Sage and the sweetness of Mirabelle, a heart of Ciste Oil and orris. The warmth of Palo Santo, Ambroxan, and musk is at its base. De Los Santos conjures a feeling of ritual and ceremony, burning incense inside a dark temple. It’s mysterious and warm. It was created by Ben Gorham, the company’s founder, during a period of loss, though he states that the fragrance is a celebration of life, an homage in part to Dia De Los Muertos and All Saints’ Day.

Inspired by summers with his grandfather on the Swedish coast, Jan Vilhelm Ahlgren created Morning Chess under his label Vilhelm Parfumerie. It’s a crisp scent with green notes of galbanum and bergamot, a hint of leather with a base of Patchouli and black amber. It has an evergreen likeness. The vessel is blown glass with spiraling fluting, adorned with a yellow saffron cap, which Jan imagined as vintage Bakelite from a Parisian market. The library, as Jan calls the house, currently has 24 fragrances, or stories, and has just launched their latest scent, To My Father, along with a new collection of candles.