Artist: Robyn
Album: Robyn (2007 rerelease)
It takes a certain kind of pop star to dress like a bumblebee and still be taken seriously. Robin Miriam Carlsson—a.k.a. Robyn— seems to have mastered the art. “In my videos I’ve been everything from a killer bee to a demolition man to a ping-pong ball,” she says. The Stockholm-based singer-songwriter may be best known Stateside for her sugary 1997 top-10 hit “Show Me Love,” released when she was 18, but now, a decade later, she’s back with a vengeance, thanks in part to her vocals on Kleerup’s “With Every Heartbeat,” a dance track which recently stormed seemingly every bar, club, and radio station in Europe. Launching her own label, Konichiwa Records, in 2005 gave Robyn the freedom to do things her own way, and her new, party-friendly self-titled album, led by single “Konichiwa Bitches,” has musical influences as diverse as hip-hop, electronica, rap, and Looney Tunes. “It’s impossible to rap about crack because I’ve never tried it,” she says. “The classic hip-hop theme of ‘I’m the best and everyone else sucks’ is kind of the base of that song. It goes very well with Looney Tunes.” Robyn’s theatrics seem to be paying off. Robyn was named by famed UK D.J. Pete Tong as an “album you need in your life,” and she continues to sell out gigs across the Continent. “It’s been a 10-year struggle to make people understand what kind of music I really wanted to make,” she says. “It’s always been about a strong melody, though—everything from Abba to Roxette to even The Knife has that. There’s kind of a bittersweet thing going on in Swedish music, and I’d like to think I’m a part of that.” – ANDREA CUSICK for Nylon mag 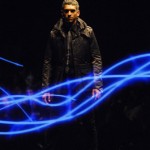 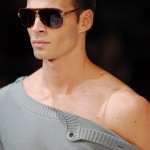