Raised on a tree farm in Connecticut (“No pigs or anything like that just pine trees”), Newton honed her sense of the comically absurd from a young age. “I have an inappropriate laughing reflex”, she tells our personnel department before interview. “At the the funerals, or any time when it’s wrong to start laughing, I’ll laugh really loudly to the point where people think I’m crazy. – taken from Esquire December issue, we did post the cover a while ago. 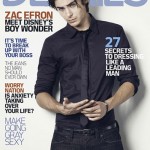 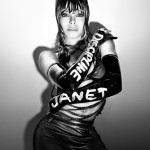