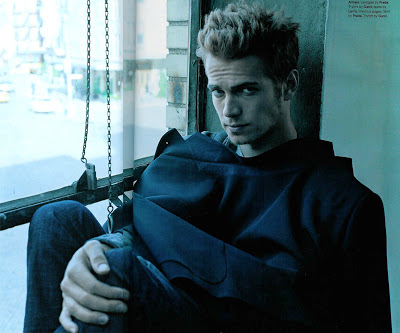 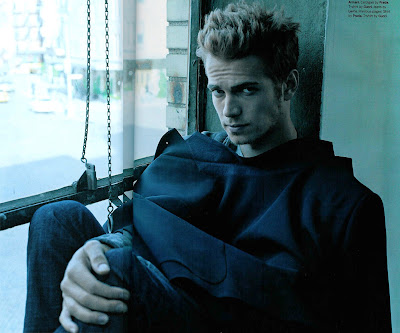 There’s a new set in the house, which Christensen just refinished himself.”You put down a coat of black, then a coat of this special crackle finish, then a coat of white over that”, he says, explaining how he got the shabby-chic look. He has plenty of projects to keep him busy – He’s planting trees, clearing fields.”It doesn’t require much maintenance, but apparently it’s a bitch to harvest, because you have to cut it all by hand,” he says. He’s even thinking of acquiring some livestock:”Start off with some cattle and horses, then get a little more inventive. Get some sheep, some goats. Maybe an alpaca.
Outtake from the Hayden Christensen feature in the upcoming March Issue of Details magazine.
Click on the image above and the cover to enlarge, more from the Steven Klein shoot and the article in Details mag.
Hayden stars in the new movie Jumper, in cinemas now.
source: DesiringHayden.net