Artists: Yeah Yeah Yeahs
Album: It’s Blitz
First Single: Zero
Release date: April 07. 2009.
Website: www.yeahyeahyeahs.com
Yeah Yeah Yeahs return with the highly anticipated follow up to 2006’s Show Your Bones. Recorded with Nick Launay (producer of Yeah Yeah Yeah’s 2007 “Is Is” EP) and longtime collaborator, TV On The Radio’s Dave Sitek, the album sessions took the city dwelling band from the snow-covered fields of rural Massachusetts and Long View Studios, to Sitek’s Staygold complex in Brooklyn before heading south to a studio in Tornillo in the Texan desert for further confinement and recording. It’s Blitz signals both a glance backward and a step forward for the Yeah Yeah Yeahs with the appearance of synths for the first time. First single of the album is already released “Zero”, a building, billowing synth-pop anthem with a little Blondie and a big crowd-baiting hook.
76
SHARES
ShareTweetPinterest 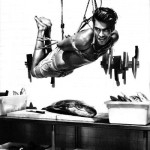 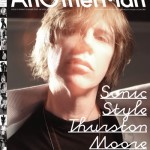