Project: 10th Annual Newport Beach Film Festival “Tenth of a Century”
Date of first airing: April 23, 2009 (in-theater only)
Client: Newport Beach Film Festival
Ad agency: RPA
Chief creative officer: David Smith
Creative director/art director: Scott McDonald
Design/production company: Elastic
Director: Andy Hall
Executive producer: Alex Gorodetzki
Producer: Jenny Bright
VFX/animation/finishing company: a52
3D artists: Adam Newman, Paulo de Almada, Christopher Janney
Music & Sound Design: Robot Repair
The fully computer-animated opening was designed by Hall to look and feel like one of the epic stop-motion masterpieces of Terry Gilliam or Tim Burton. The content artfully presents a take-off of the strangely similar aesthetic of studio titles – like Hollywood with a dramatic twist – that welcomes viewers to Newport Beach and their 10th annual celebration of film with wit and charm.
“Andy Hall is a mix of pure enthusiasm and sheer talent,” began Scott McDonald, creative director at RPA. “Our client understood and supported what we were trying to do and believed in the artistry of the project. Elastic, Andy and a52 contributed such a sharp point of view – the very first ingredient was world class – we just kept throwing gasoline on that fire. I got to see this piece play on the biggest movie screen this side of the Mississippi and, let me tell you, it dropped some jaws.”
http://vimeo.com/moogaloop.swf?clip_id=4417740&server=vimeo.com&show_title=1&show_byline=1&show_portrait=0&color=&fullscreen=1

*Courtesy of the Darnell Works Agency 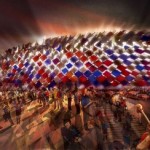 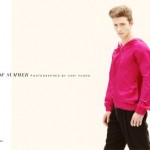