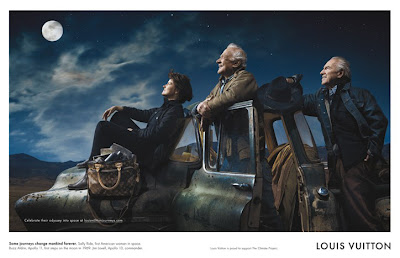 It's the 40th anniversary of "One small step for man and a giant leap for mankind", to mark the date house of Louis Vuiton hired Annie Leibovitz once again to shoot and direct an advert for their 2009. Louis Vuitton – Core Values Luggage and Travel campaign. While the previous campaigns for the line featured Catherine Deneuve, tennis stars Andre Agassi and Steffi Graff, Keith Richards, Sean Connery and Mikhail Gorbachev all photographed by Leibovitz. This time LV is teaming up astronauts Buzz Aldrin, Jim Lovell and Sally Ride for a shoot in California desert with the legendary photographer. Aldrin made history in 1969 being with Neil Armstrong the first men to stop on the Moon, Sally Ride was the first American woman to enter space aboard the Space Shuttle Challenger while Lowell was comander of the Apollo 13. Print advert is scheduled to appear in July issues of top fashion glossies, and to coexist with the print campaign on July 2nd Louis Vuitton will launch louisvuittonjourneys.com, which will feature interviews with stars of the campaign and behind the scenes videos. Click below to view the teaser video, while you can view some behind the scenes images under the cut: 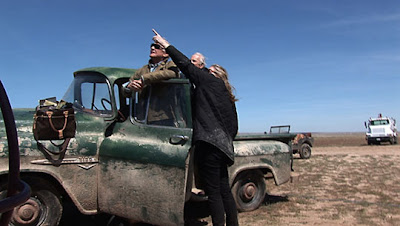 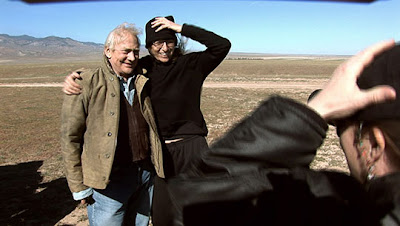 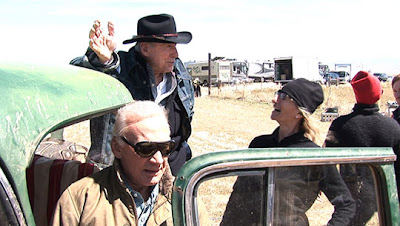 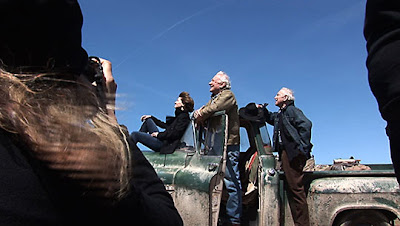