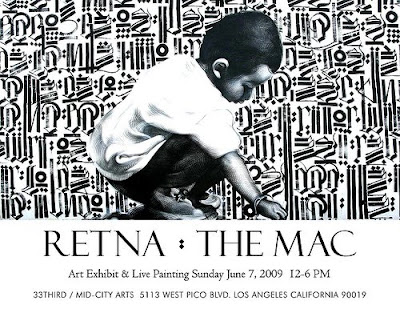 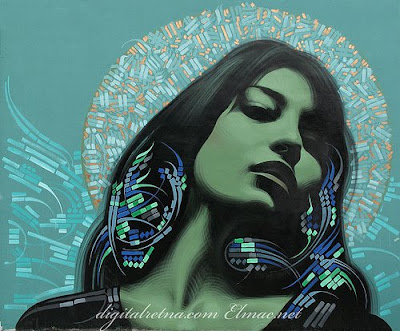 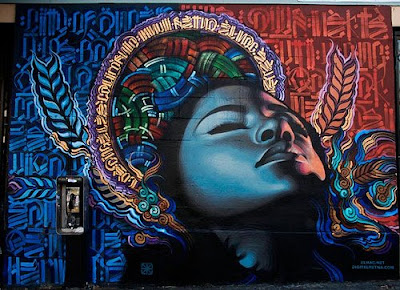 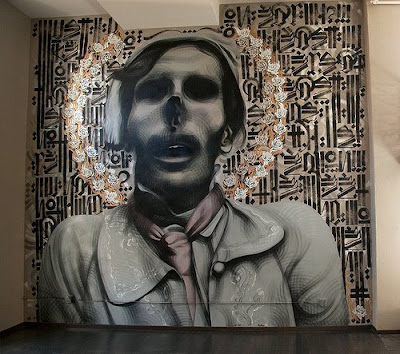 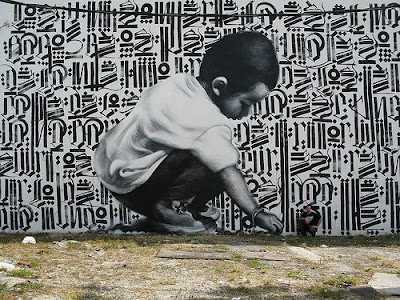 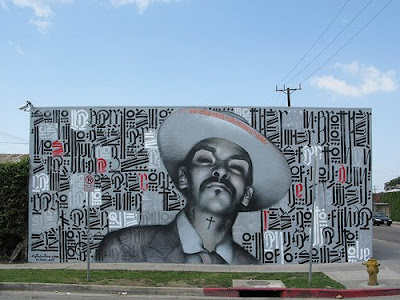 The new exhibit from Retna and The Mac will featured a large-scale indoor mural installation in addition to smaller pieces. Retna says that the show “will be representative of the remembrance of growing up as a youth.” They will aim to re-enact “the trials & triumphs of pursuing an art form that you have all this passion for, but yet angers all these people. Just kind of showing the 2 different sides to it.” This is a topic near and dear to the artists’ hearts, echoing sentiments shared by many of today’s successful artists who have transitioned from graffiti to legitimate street art. “This is where we came from. We came from being these street kids. We wanted to show that you can keep going,” explains Retna. “It’s a beautiful thing to be a part of a culture like this that has spread throughout the world and this would be our way of giving back to an area, a city, a community that was the beginning of my career (Mid-City Area of Los Angeles). Those blocks and corners were where I was given the opportunity to do my art and was shown a lot of support by the community. Communities like these are where we come from and it feels good to give something back to the future generation of kids doing this.”
Since first creating a name for himself in the early 1990s, Retna has become an “eternal broadcaster” of sorts, shining a light to the kinetic urban soul of Los Angeles. His work merges photography with graffiti style and paint, time with color, couture with street culture, the spiritual with the sensual, and fluidity with grit. Retna traverses between the galleries and streets with ease. In addition to being aligned with the Art Work Rebels and Mad Society Kings Art Groups, he is a member of the internationally exclusive art collective, The Seventh Letter, whose influence on contemporary street art encompasses the globe. 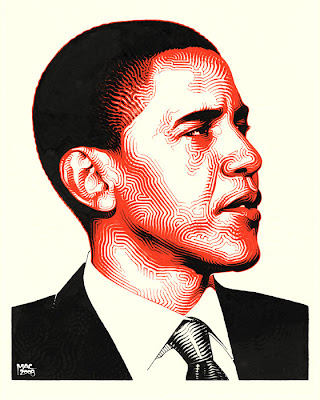 The Mac began painting graffiti in the mid 90s and since then he has been commissioned to produce murals around the world, exhibited in museums, and his work has graced the cover of numerous publications. Mac has gained increasing notoriety for his almost photorealistic depictions of both ordinary people and ethereal women, in a style that is uniquely his own. Mac’s intricate brushwork styles have also gained attention, while some of his murals have become mini-landmarks. Elements, themes and techniques of classic art are often incorporated into a modern context in Mac’s artwork, usually with an emphasis on the human face and figure.
Mid-City Arts was established in September 2009 as an extension of the store 33third – LA’s premier source of street art sup
plies, streetwear apparel, and related books and magazines. The gallery was established with the purpose of showcasing local, national, and international artwork by up and coming and established artists with a focus on (but not limited to) graffiti / street / urban art. Mid-City Arts offers a show space that interacts with other artists and events that surround the 33third Los Angeles location. The gallery’s artwork is available to view by the active customer base of 33third, which includes graffiti artists and fans of graffiti art. Mid-City Arts is open Monday through Sunday 12-8PM. For more information, visit: www.midcity-arts.com
*Courtesy of Mid-City Arts 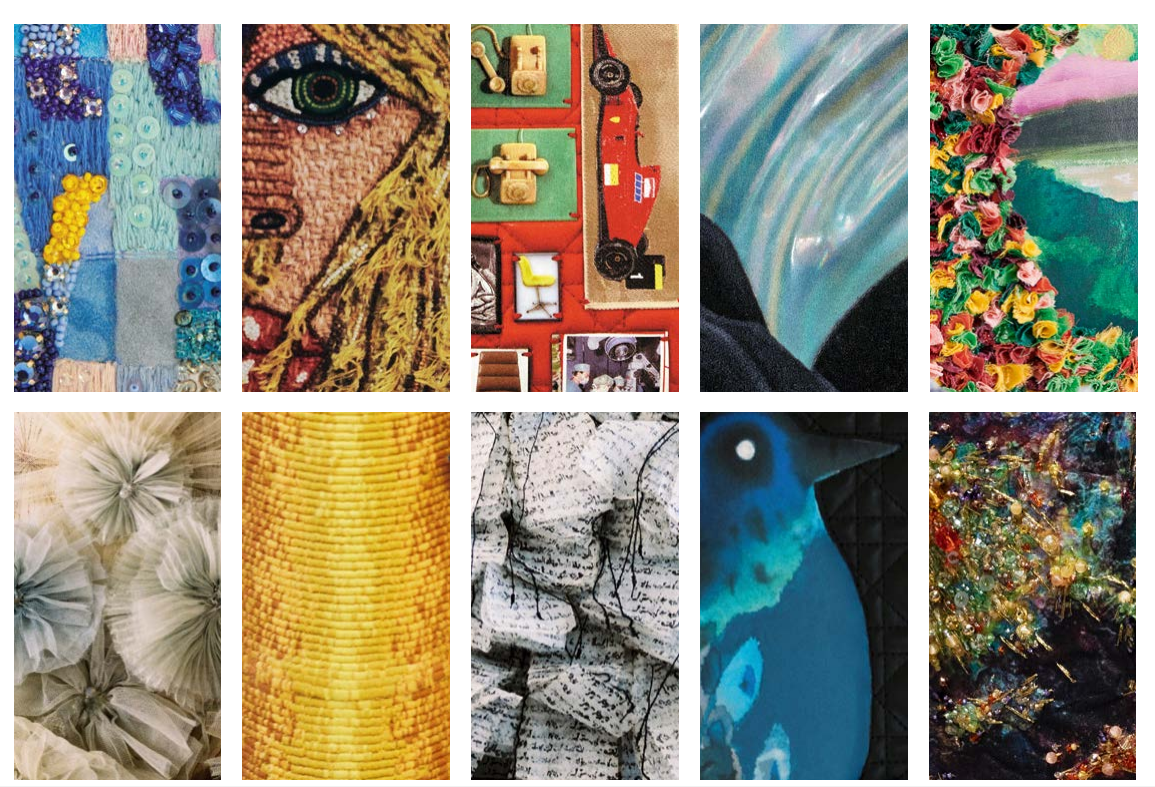