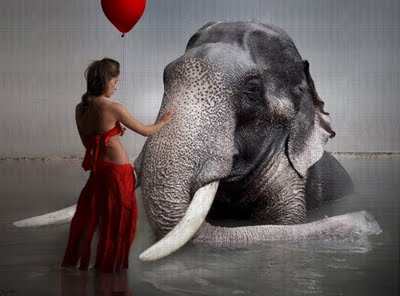 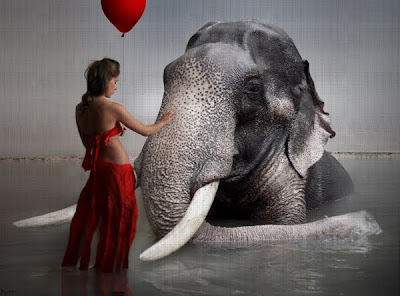 C E R A S O L I g a l l e r y presents
ROY NACHUM ‘Prophecy’
August 22 – September 16, 2009
Opening Reception: Saturday August 22, 6-9pm
Website: www.cerasoligallery.com
C E R A S O L I Gallery will hold an exhibition of extraordinary works by Roy Nachum on view in Gallery 1 & 2 at the Cerasoli Gallery.
Exhibition opens August 22, 2009, and remains on view through September 16, 2009. Opening reception For the public is Saturday, August 22, from 6pm – 9pm. Roy will be in attendance.
At first glance the paintings by Roy Nachum can easily be confused with digital art. However, his works are actually oil paintings on canvas that are painted in a way that spurs the viewer to investigate further. Nachum creates his images by utilizing the idea of pixels. Each ‘pixel’ is painted one-by-one. The end result is a painting that comes together in a unique manner. Nachum describes this as creating micro worlds that come together in order to form the pattern of a single reality or of a dream. More images and info under the cut: 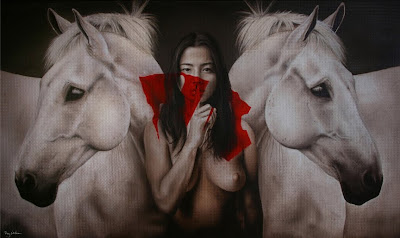 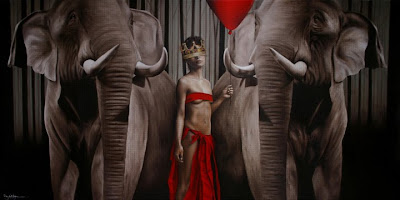 This different technique also creates the desire of a physical approach to the piece, inviting people to feel and touch every pixel, experience the virtual and physical coming together in one unique moment. Influenced by everything that surrounds Nachum examines daily behaviors of different people, what makes them do the things they do and why– what they take for granted and why they do so. Thought, making and results – this is the origin of Nachum’s inspiration.
Nachum is also well known for his work as an interior designer, which has appeared in restaurants, nightclubs, and hotels in the United States and Europe, including Club Door, TAO Nightclub at The Venetian in Las Vegas, Cafe Bari,SoHo, 1Oak, Lower Manhattan, Southern Hospitality and Destino both Upper East Side owned by Justin Timberlake.
Educated in Jerusalem at the Bezalel Academy of Art and Design and New York City’s Cooper Union, Nachum is interested in recreating psychological turning points in his subjects’ lives with a cinematic sense of framing movement and emotion. Currently living and working in New York City, Nachum’s work has been exhibited in France, Israel, and the United States, and collected by prominent art collectors, including Leonardo DiCaprio and Justin Timberlake.