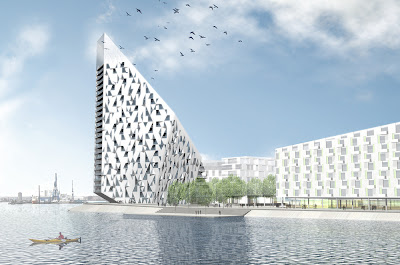 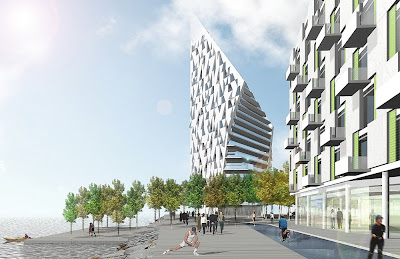 Project: The City by The Sea
Location: Aarhus Denmark
Designed by Schmidt Hammer Lassen Architects
Website: shl.dk
The City by the Sea in the northern Harbour in Aarhus is a plan with living quarters and business next to Aarhus bay area. The plan consists of ’broken’ elements, designed to create variation and different views through the area. Continue for more info and images after the jump:

Simultaneously creating spaces out of the wind, retracted form the edge of the edge of the pier. These spaces continue their movement throughout the whole site plan and create a dynamic and pulsating densification of life below the buildings. Narrow straits and alleyways occasionally broaden and create squares and garden-spaces. An urban community including shops, galleries and cafés is found here.

A city tower rises at the harbour front, protruding from the plane. It functions as a leading light on entering the harbour of Aarhus. The tower is a landmark for the city, its outer shell slashed by partial cut-outs in the main shape of the building. Balconies and private views to the surroundings are created by the means of these cut-outs. Large windows allow views of the surrounding nature; the forest, the sea and the city nearby. The changing triangulation of the facade creates a lively image, reflecting the rhythmical variations of the surroundings. 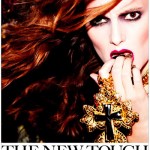 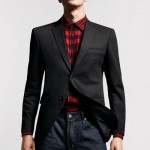