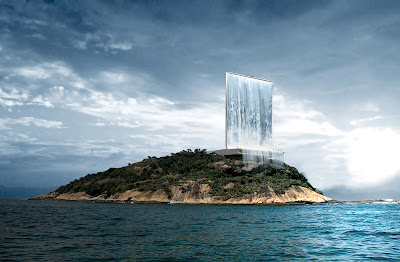 Project: Solar City Tower for Rio Olympics 2016
Designed by RAFAA
Location: Rio de Janeiro, Brazil
Website: www.rafaa.ch
The aim of this project is to ask how the classic concept of a landmark can be reconsidered. It is less about an expressive, iconic architectural form; rather, it is a return to content and actual, real challenges for the imminent post-oil-era. Continue for more after the jump: 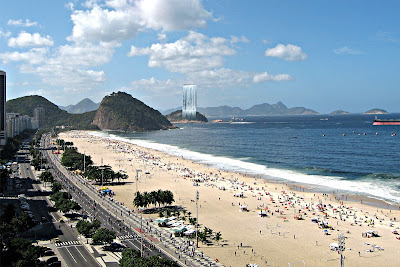 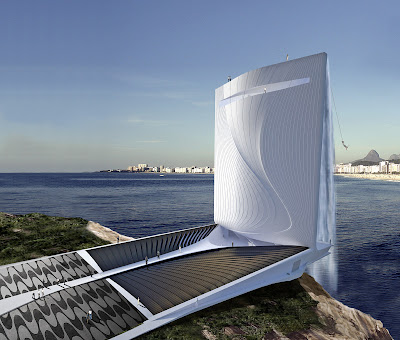 This project represents a message of a society facing the future; thus, it is the representation of an inner attitude. Our project, standing in the tradition of “a building/city as a machine”, shall provide energy both to the city of Rio de Janeiro and its citizens while using natural resources. We hope to attain an international Olympic message with a political appeal. After hosting the United Nation’s Earth Summit in 1992, Rio de Janeiro will once again be the starting point for a global green movement and for a sustainable development of urban structures. It will perhaps even become a symbol for the first zero carbon footprint Olympic Games. 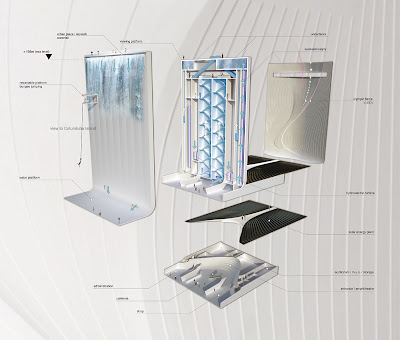 Approach
The project consists of a solar power plant that by day produces energy for the city respectively the Olympic village. Excessive energy will be pumped as seawater into a tower. By night, the water can be released again; with the help of turbines, it generates electricity for the night. The electricity produced can be used for the lighting of the tower or for the city. On special occasions, this “machine
building” turns into an impressive wonder of nature: an urban waterfall, a symbol for the forces of nature. At the same time, it will be the representation of a collective awareness of the city towards its great surrounding landscape. Via
an urban plaza located 60 meters over sea level you gain access to the building. Through the amphitheatre, you reach the entrance situated on the ground floor. 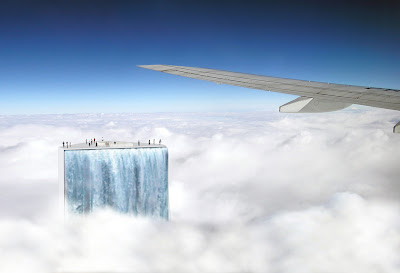 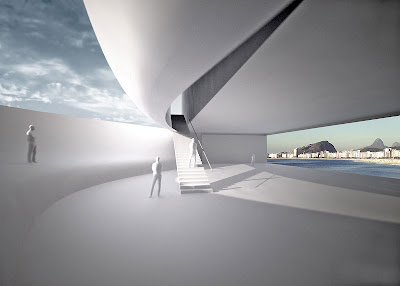 Organisation
Both entrance area and amphitheatre can serve as a place for social gatherings and events. The public spaces are also accessible from this point on. The cafeteria and the shop are situated beneath the waterfall and offer a breathtaking view. The public elevator takes the visitor to the observation decks and the urban balcony. The administration offices can be reached directly from the foyer. Its inner circulation is organised by an own entrance and the elevator. The semi-public spaces are located in the back area of the building; thus, they can be used separately. A retractable platform for bungee jumping is located on level +90.5. Long distance observation can be done from the observation deck on level +98.0. The urban balcony is situated at the top of the tower 105 meters above sea level. Here the visitor has a 360° view of the landscape and can experience the waterfall while walking over the glass sky walk. 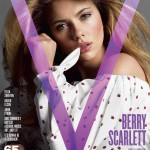 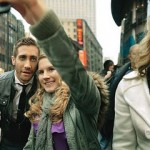