Polish born Daga has appeared on pages of Dazed&Confused, Metal, German Vogue and her native Fashion Magazine but also walked the prestige runway shows for the likes of Mugler, Calvin Klein, Christian Dior and Alexander McQueen. 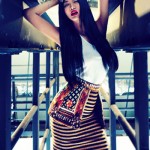 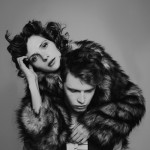