After the jump we selected some of our favorite looks presented during Milano Fashion Week at Teatro Armani: 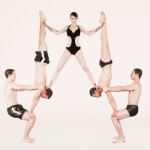 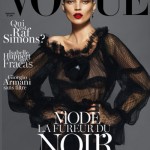