First look of the stills from Dior's Short film Secret Garden 2, a follow up to the last year's masterpiece shot by the prolific Inez and Vinoodh which took youtube by storm reaching millions of views for the label. Still images from the shoot are set to appear in major fashion glossies, starting with titles such as Vogue China and Elle Italia. I&V are once again in charge of the camera. 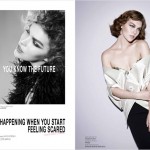 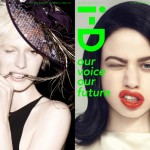