Filmed at Fabergé's London Boutique, contemporary master jeweller, Fabergé partnered with fashion creative and writer Nik Thakkar to create a short film titled Regeneration now exclusively on Design Scene. Showcasing the much desired Romanov emerald and diamond necklace, as featured on Lana Del Rey in Vanity Fair and Mila Kunis in the Gemfields campaign). The short film, directed by Oz Thakkar, tells the story of knowledge and faith through the meditative embrace of the Fabergé’s legendary coloured gemstones. Fashion (Dolce & Gabbana and Saint Laurent Paris) was provided as courtesy of Mr Porter. The already mentioned necklace is worth £3.5million. 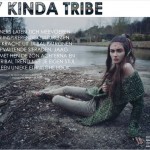 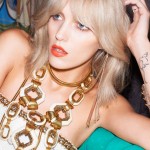