Almost a month ago we featured the first look of Barneys New York campaign starring model, actress and singer Lou Doillon photographed by Inez and Vinoodh. The All About Lou imagery is accompanied by an equally charming video created by the famed fashion photography duo. Both the video and the campaign have already taken over the famed Barneys windows in New York.

Lou is the daughter of actress and singer Jane Birkin and director Jacques Doillon, as well as the half-sister of actress, singer and one of fashion's coolest celebrity Charlotte Gainsbourg.

“Creating the fall campaign was an exceptional collaborative experience. We are very excited about the collective results from Inez & Vinoodh, Lou and all the other creative collaborators involved in this project.”  – Barneys New York Creative Director Dennis Freedman. 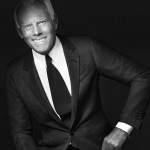 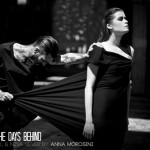