Songstress Lou Doillon takes her fashion icon status a bar higher with the cover of Vogue Turkey's November 2013 edition beautifully photographed by Serge Leblon. Lou is the face of Barney's fall winter campaign, as well as the part of the newly released Isabel Marant for H&M campaign.

Back in June Lou has released her critically acclaimed album Places. See below the video for I.C.U. single, one of our fave song from Lou's album. Lou's sister is actress/singer Charlotte Gainsbourg, and mother the legendary Jane Birkin. Lou is also represented by IMG Models in New York and globally by Next Models. 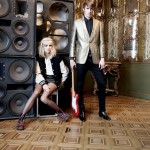 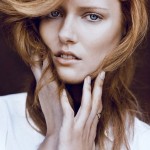