Trussardi releases a masterfully created animated short film titled Sky Watcher made under creative direction of Gaia Trussardi to celebrate the 40th anniversary of fashion house's greyhound logo. Furthermore the dynamic animated features is also a fantastic homage to city of Milano. In the animated film directed by James Lima it all starts at the iconic Trussardi building on Milan's well known Piazza della Scala. “The Greyhound is a distinct symbol of curiosity and elegance with a vein of irreverence, which is why we decided to celebrate it in a modern and fun way. Working with James on the base of Yuko’s illustrations turned out to be a great experience, also thanks to the technologies that allowed us to work together to create this film without leaving our bases in Milan, New York, Los Angeles and Tokyo, ”declares Gaia Trussardi, Creative Director of Trussardi. The label also enlisted the talented Japanese illustrator based in New York Yuko Shimizu to create the characters and scenery for "Sky Watcher". Yuko has delivered more than 100 visuals, creating each by hand, with a help of an assistant each was coloured and scanned and later on perfected in Photoshop. Yuko is represented by Bernstein & Andriulli.

"For a single character, I would do the front, back, side, and a few other variations. I designed about ten different buildings and they were recreated and put together to form the city." – says Yuko Shimizu. “A mythological, charming, and poetic story about a pair of playful Constellations, where the Trussardi Greyhound is more than a statue, more than the logo of an elegant and sophisticated brand. The Greyhound embodies the spirit of the brightest star in the heavens. While Milan sleeps, the stars come down to earth to play” says director James Lima. 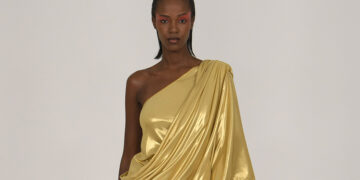 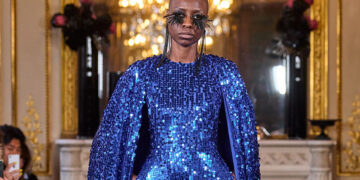 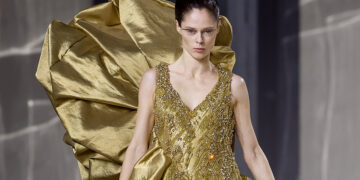