H&M is releasing the latest David Beckham Bodywear campaign to launch the spring summer 2014 collection, followed by a short film directed by Nicolas Winding Refn. He is known for his movies Drive and Only God Forgives.

The campaign will debut during the US Super Bowl on February 2nd 2014, till now enjoy the images and behind the scenes video. 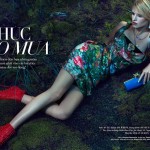 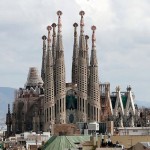