“I think couture has a real reason to exist in a limited way, like Chanel or Dior, because they have a real couture house organization. Small designers who don’t have a real organization should do expensive RTW, because couture is not just the same dresses made-to-order, but it’s also the presentation, the fittings, the whole thing that goes with it. There is something mythical about it that cannot be improvised. You can make very good clothes at home on a limited scale but a real couture organization…there are very few left.” – Karl Lagerfeld talking about Haute Couture for WWD

For Lagerfeld's shoot the girls are clad in the spring summer 2014 haute couture pieces from Chanel, Dior, Schiaparelli, Armani Prive, and Gaultier among other. 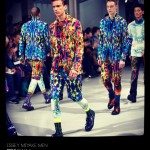 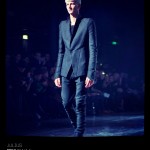