My master’s degree was in Cultural Anthropology. I started… the basis of my studies was American Literature but then you can expand your studies towards the end, so I moved into anthropology where you can pretty much write about anything you want and I decided to write a 100 page thesis on Photography and on Richard Avedon. That was in 2005. When I started, my professors were pushing me to write about photography to incorporate my experiences in the fashion industry and I was like, no, no, no ..this is so predictable. But eventually I did it because I had what you would call… a first hand experience. It’s difficult to talk about fashion in academic terms or so it seemed to me at first. Funny enough I found people at the university were genuinely interested ..they wanted to know why certain things had to be shot at a certain time… Why the show seasons were the way they were.. It was a concept that was hard for them to get. The whole thing is very close to the idea of advertising itself which is also a form of communication… Avedon died and that was an inspiration for me to write something that was about photography but specifically about him. – Malgosia Bela for MODELS.com Interview

See more of the story below: 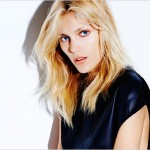 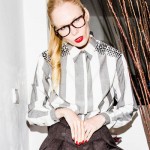