Canali has been gathering momentum season after season during Milan Fashion Week. The label does not tend to enjoy the hype of a massive party, or a staged show theatrics, instead with its dedication to the craft and tailoring it has gathered a slew of fans. Today Canali has more to stand behind their collections than just a heritage, and now at the right moment their design team has a new leader. At the helm of the label is Andrea Pompilio, a modern-day Italian designer whose eponymous collections are always a breeze of fresh air on the Italian fashion scene. The designer has shaped the new Spring Summer 2015 capsule collection with the nod to the quintessential Canali spirit, yet included his charming touch.

The classic men’s cuts are met with the a pop of summer colours, to which Pompilio allowed to take attention but certainly not dominate. The prints are charming yet not overwhelming. Both going hand in hand with a well balanced wardrobe prepared for a contemporary man.

“I like to watch and study characters in films and the people around me in cafés, restaurants, and in the airports of international metropoles. I study and I scrutinise, trying to take in as much as I can of their personalities. I am struck by details, colours, what they do and how they move. Emotions transform into sketches, then drawings, and finally, collections.” – from Andrea Pompilio

The spring summer 2015 collection was presented by the house with the touch of digital, where you could see the show live on the official website as well as interact with social media instantaneously. Discover below more of our favorite looks photographed by our fashion week photographer Maud Maillard. 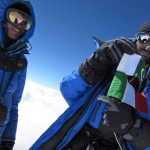 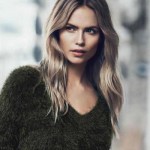