Styling for the session is courtesy of Beth Fenton, hair styling by Marki Shkreli and makeup by Frankie Boyd (all at Tim Howard). Manicure courtesy of Kelly B at De Facto Inc. For a better experience of the new campaign log on to the official website: novateur.sassandbide.com. Images courtesy of www.defactoinc.com 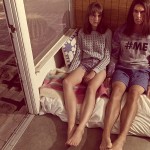 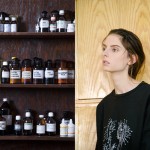