Last summer after the busy days of Milan Fashion Week our regular contributor Paris based photographer Maud Maillard and our Milan based contributor stylist Nicoleta Iliescu have celebrated the prints with a shoot featuring collection from up and coming design brand TOTHEM.

As we have seen in the past and new fall winter collection, as well as soon to hit the shelves spring summer designs, the prints have taken a new turn. Instead of colour-blocking patterns this and upcoming spring season’s must have prints from pattern often embrace photography itself and photo collages. With various techniques the prints are later on printed onto fabrics. Our featured collection from Tothem masterfully shows how photography becomes a pattern itself. Nevertheless one of the first to print photography onto materials was the legendary italian fashion designer Roberto Cavalli. Who along with his partner Eva Cavalli came to the idea to use the photographs he took of animals and their furs and print them onto fabrics. Thus creating the animal print trend which resulted in fashion empire that is Cavalli today. The opulent animal prints are like it or not thanks to the designer mentioned above and many who have followed a fixture on the fashion scene. On the other hand photography used to shape the sense of material has re-emerged onto the fashion scene in the past few seasons. We have already seen Christopher Kane use photos of Frankenstein to create an entire collection, while for the next season designer Neil Barrett has shown prints of antique statues as the focal point of his new designs.

Trend bending or trend following the coming season will show if this sort of printing is only a fad or a strong statement to stay. 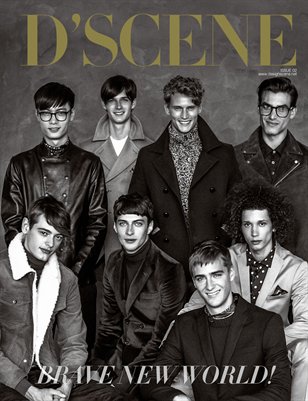 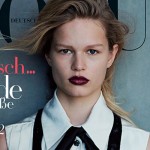 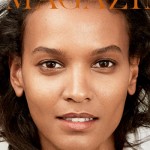