L’Officiel Paris enlists supermodel Barbara Palvin to pose in Versace dress for their June July 2015 issue’s cover. In charge of photography was Nadine Ottawa with styling from Vanessa Cocchiaro. The gorgeous Lady Daga takes the cover of Amica‘s latest edition photographed by Cometti with styling from Claudia Carretti. Hair styling is courtesy of David Delicourt with makeup by Cathyanne Mac Allister. W Korea enlists one and only Gisele Bundchen to star on the cover of their July 2015 issue captured by photographer Terry Richardson. Top model Kate King teams up with fashion photographer Fabio Bartelt for the May 2015 cover of Harper’s Bazaar Brazil. In charge of styling was Flavia Lafer. 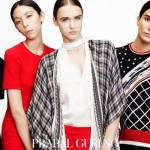 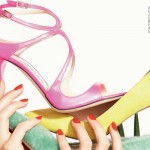