We are only a few days away from the release of our D’SCENE magazine‘s summer 2015 issue, to give you a taste of the new edition today we are releasing a teaser with the striking Alys Hale photographed by Aitor Santome. In charge of the styling was our Fashion Editor Christopher Maul. Alys is a promising new face at IMG Models in London, her hair styling is courtesy of Oscar Alexander, while in charge of the makeup was Makeup Artist John Christopher at Carol Hayes Management.

For the shot Hale wears at top from palmer//harding, skirt by Karl Lagerfeld as well as a skirt from Designers Remix. Fashion Assistants Laura Byrom, Charlotte Stocker and Gemma Fraser.

NEW ISSUE OF D’SCENE IS COMING OUT ON JUNE 5th

D’SCENE summer 2016 issue features 30 top models working on the scene, in addition to two supermodel icons featured on the print covers (to be revealed by Friday! Ready for order on the same day).

GET PAST ISSUES OF D’SCENE IN PRINT OR DIGITAL 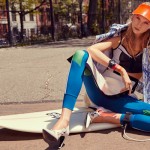 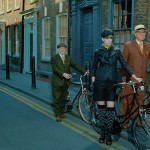