“Playing off the Hermès annual theme, Flâneur Forever, a French concept of a city observer, experiencing the architecture and layout of the places one walks through, Granger’s work looks to transcend the viewer through imagery of electric colors and geometric shapes, into a world of an urban explorer of the New York City landscape. Granger creates a rhythm through the spectrum of colors, breaking it up to give the illusion of vibrations, or an animated motion. “I view this as being analogous to the constant pulsing energy and vibrant electricity of New York City life, the rhythmic beat of a person’s heart, or harmonics” Granger comments.

Thanks to his foundation in architectural study, Granger uses materials that are symbolic of New York City. From metal grids that tie back to scaffolding and fire escapes seen throughout the city, to hand painted walls mixed with hand painted paper boxes. The geometric shapes placed throughout the windows illustrate a dichotomy of the topography of New York City, the heights of iconic buildings compared to the low grid systems of the streets. He is a dedicated craftsman, who seeks to elevate and transform the materials presented in each window in ways that highlight their beauty, capturing the essence of the artisanal artistry, craftsmanship and life of Hermès objects.” – from Hermes 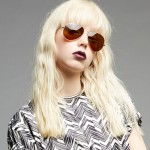 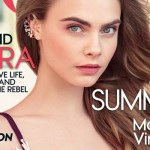