Superstar Paris Hilton is the first ever covergirl of the New York based ADON Magazine, photographed by Mike Ruiz for the magazine’s latest edition Hilton depicts a powerful biblical woman. The story is a tribute to Biblical women, Eve, Delilah, as well as Mary Magdalene. The mag also playes with the augmented reality trick:

We teamed with Entiti and made a super sexy cover with Paris Hilton and played with some Augmented reality in Paris’s fashion editorial. You have to scan it and play with it. Augmented reality (AR) is a live direct or indirect view of a physical real world environment whose elements are augmented by computer generated sensory input such as sound, video and graphics. As a result, users experience the world around them as it is in real-time but with added layers of digital and interactive content that enhance their current perception of reality. Download the Entiti App and scan Paris Hilton cover and inside pages to bring her to life. – from ADON Magazine

Adon 15 is out Thursday, June 11th for subscribers on the Adon App and in stores, June 12th – www.adonmagazine.com 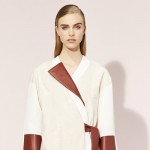 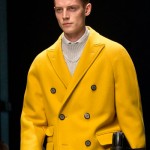