Ophelie is represented by Women Model Management in Paris, New York and Milan, UNO Models in Barcelona and STORM Model Management in London. She has also appeared on pages of VOGUE Magazine (twice on the cover of VOGUE Italia), W Magazine and Numero. Guillermand took the runways for Sonia Rykiel, Mugler, Trussardi, Tod’s, Moschino and many more.

For more of the session continue after the jump: 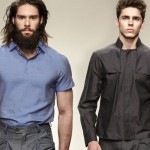 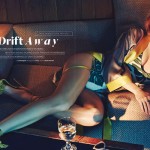