Polish model Zuzanna Bijoch is represented by NEXT Models in New York, Milan and Paris as well as View Management in Barcelona. She has appeared in campaigns for Alexander McQueen, Dolce & Gabbana, Balenciaga, Alberta Ferretti and Gucci to name a few. Her mother agency is D’VISION Models in Poland.

Discover more of the striking campaign images after the jump: 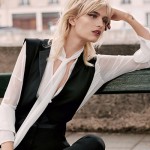 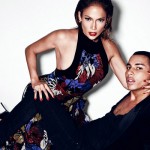