Valentijn was photographed for the cover story by Dutch fashion photographer Philip Riches while wearing the pieces from V&R’s Wearable Art Collection. Discover more of the shoot after the jump: Design SCENE also had the honour to feature Valentijn in our March 2015 online edition, photographed by Zeb Daemen. See the full shoot. 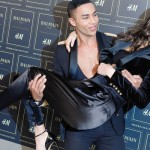 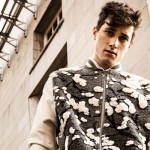