Elisabeth Erm is represented by Wilhelmina Models in New York and London, d’management Group in Milan as well as Elite Models in Paris. Elisabeth also sat down for an exclusive interview with L’Officiel Malaysa. Elisabeth is a true success story, she has decided to go low key with the social media for the sake of her privacy, yet she booked major campaign for Gucci, Balmain and Versace, she talks about that and more in her interview with the magazine.

See more of the shoot and her interview after the jump: Every model has a scouting story. How were you scouted and how did you feel?

I was scouted in my hometown. I was walking around in a mall and someone approached me and introduced herself as a model scout and asked if I was interested. At that time, I had never thought about being a model. I took her card, went back home and discussed it with my mom. Then we decided why not, let’s try it. I was still in high school then and I personally wanted to finish school so I didn’t want to do anything more. I just got signed and was picked up on an agency website but that was it. I didn’t do anything until I finished school, that’s when I got offered to come to New York for Fashion Week. What’s your favourite social media outlet? Do you Instagram or tweet often, or do you prefer to just keep it private?

I prefer to keep it private. I’m bad at social media. I don’t really use it. Mostly, I just use Facebook to chat. I do use SnapChat because it’s so private but what I do like is YouTube. I don’t YouTube myself but I love watching YouTube videos, especially beauty stuff. What’s the craziest moment in your career so far?

I wouldn’t say I’ve had any crazy, bad moments but I had this period of time when I didn’t get much time for myself. I was travelling too much and working all the time. At one point, it got too much and I needed a break. I took a break, recovered and now I’m better mentally. Modelling wise, I have never encountered any horrible people and the job itself has always been positive for me. You’ve worked on several campaigns, which one is your favourite and why?

I don’t even know if I have a favourite to point out but the most memorable one is my very first campaign with Balmain. It was my very first campaign and I had no idea how a campaign shoot is different from an editorial shoot. I remember I was wearing a crazy pink top and I had funny hair and we were shooting outside with a really beautiful car. It was only one shot and the photographers were really fast, they knew what they were doing. Maybe it took less than half an hour. Because it was my first, I was also very nervous. It went by so fast, I thought I was just getting started!

If 10 years ago, someone were to tell you that you’d be a supermodel, what would have been your reaction?

I think I would’ve been super excited. When I was a girl, I was so girly. Barbie dolls, pink and everything that glittered, I was intrigued. So if someone had told me that I would grow up to be a model, I couldn’t have waited to grow up already. What is the most unexpected thing that most people don’t know about you?

Let me think about this. I play video games a lot especially the social ones where you play with other people. I’ve been like that since I was a little kid, I don’t think I will ever grow out of that. How do you envision your future? Are you going to do this fora long time?

I don’t really have a certain plan, especially in this industry when everything happens overnight, it is hard to plan anything ahead. I just go with the flow and see where the career takes me. If at any point, I feel like I don’t want to do it anymore… I don’t know. I still kind of feel that I’ve been so immersed in this industry, I think it will be really hard to leave. Maybe I would find my own niche in the fashion industry, maybe makeup or styling. I haven’t really figured it out yet. I usually look at editorials as a piece of art and as creating something beautiful. I really like it. Sometimes, I am a big over thinker. I over analyse stuff way too much and when I am lost or I don’t know what I’m doing, there was a phrase that I came across saying “Do you always have to know what you’re doing?” So then I ask myself if I always have to know what I am doing. I just try not to think about things, I just go with it and do it. When I am on a set overthinking and if I don’t know what I am doing, I just ask myself if I really have to know, take a deep breath and just go with the flow. 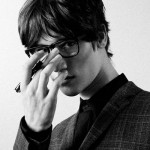 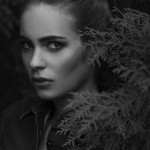